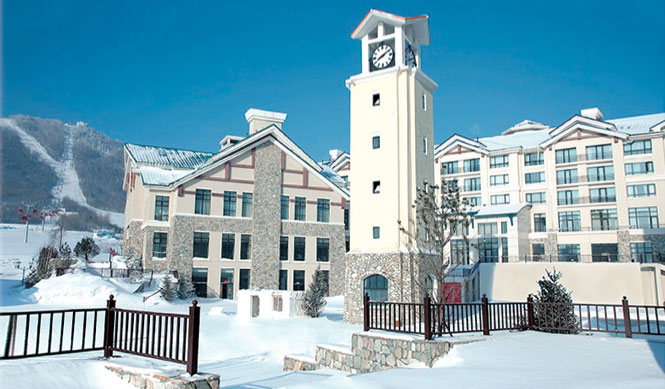 Above: Club Med Yabuli on the slopes of China’s Sun Mountain.

** Where: Heilongjiang, northeast China.
** Why: Host of the 2009 Winter Universiade, Yabuli has fast emerged as China’s premier ski destination. There are more than 30 kilometers of well-groomed slopes in and around Sun Mountain, serviced by state-of-the-art chairlifts and gondolas.
** Stay: The 284-room Club Med Yabuli (doubles from US$236, all-inclusive) is the first of five dedicated ski villages planned in China by the French hotel group. Family-oriented activities include ice-skating and horse-drawn sleigh rides.
** Getting There: Yabuli is a three-hour drive or train ride southeast of Harbin, the Russian-influenced provincial capital of Heilongjiang.
** When: Yabuli’s ski season runs from December to April. If you’re traveling in January, plan a stopover en route to take in the Harbin Ice and Snow Festival (Jan. 5–Feb. 5), which showcases massive sculptures carved from blocks of ice from the frozen Songhua River. –Lauren Kelana