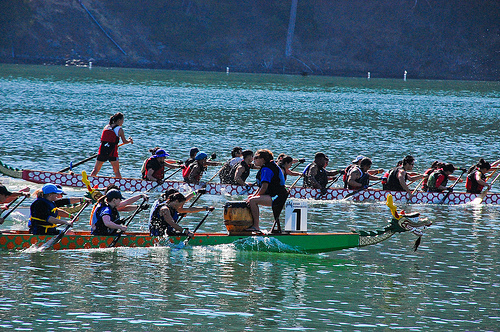 Falling on the fifth day of the fifth month of the Chinese lunar calendar, the much-feted Dragon Boat Festival, or Duanwu Festival, will take place on June 12 in Hong Kong. Originating in mainland China to commemorate the suicide of an honorable but ill-fated poet on the same day in 277 B.C., the Dragon Boat Festival is celebrated around the world including Singapore, Taiwan, Malaysia, Canada, and the United States.

In Hong Kong, the 2013 races will feature 199 teams, including 36 international groups, racing decorative wooden boats ranging from 250 to 500 meters long in a number of competitions. Annually, crowds flock to the former colonial enclave Stanley Beach to see some of the fast-pace action. Further afield on Lantau Island, catch the heats as planes fly overheard from the nearby airport. Even the tiny fishing island of Cheung Chau hosts its own race. Alas, the romance of the cultural festival is lessened by the abounding corporate teams who often dominate the matches, but the spectacle of hundreds of observers gathered beachside to cheer paddle-equipped racers is a treat in and of itself.