This month we held the annual DestinAsian Readers’ Choice Awards ceremony in one of our favorite Hong Kong hotels, the Peninsula. (Thanks to all those who flew in from around the world to attend.) With the hotel’s history and pedigree fresh in our minds, an update seemed in order. 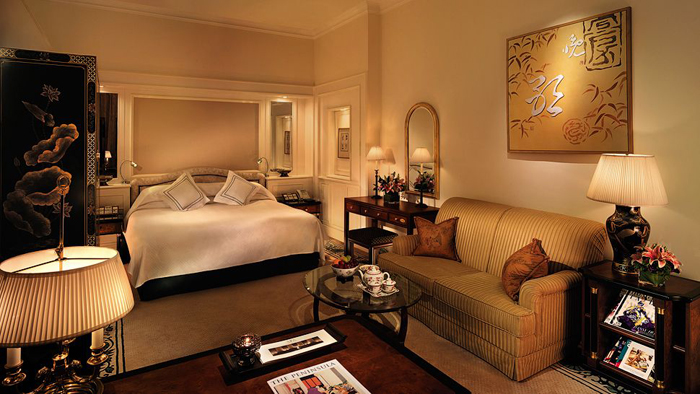 ‘Grand Dame of the Far East’

The flagship property of the Peninsula Hotels Group, Peninsula Hong Kong dates back to 1928 and is the perfect home away from home for those with a penchant for history.

Since its opening, the Peninsula has borne witness to Hong Kong’s numerous ups and downs. It is here (more precisely in Room 336) that Britain’s colonial officials surrendered to the Japanese on December 25, 1941. The governor was actually held in one of the suites for two months before being shipped to a prison in Shanghai. During the Japanese occupation, the Peninsula was renamed Toa (East Asia) and reserved for Japanese officials and dignitaries. The hotel reverted to its original name after the war.

The iconic hotel was expanded in 1994 when a 30-story tower was added to the original building. Thankfully, the hotel’s original façade, forecourt, and lobby were preserved. 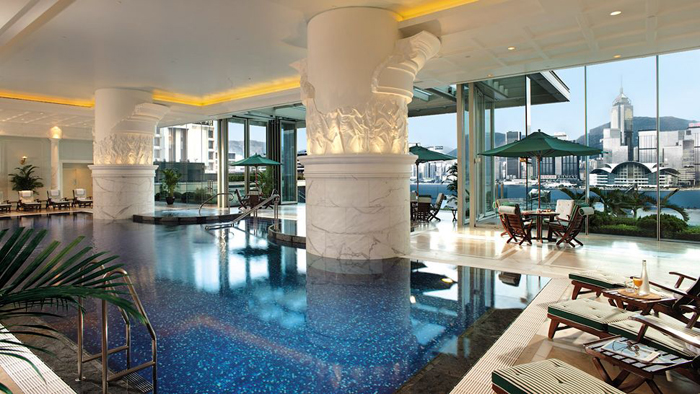 The famous afternoon tea in the hotel’s opulent lobby is definitely worth a try. Step back in time to an era of British grandeur while you sip a cup of tea under the watchful eye of the 76 gargoyles that adorn the lobby’s soaring columns. A queue to get a table seems to be the norm throughout the day (tea is served from 2 to 7 p.m.) so be prepared to wait, unless you are staying at the hotel and can make a reservation.

Fancy a bird’s-eye view of Hong Kong? The swanky China Clipper lounge, located atop the hotel’s 30-story extension, is the departure point for helicopter tours over the city (or lifts to the airport). Commemorating the 1935 maiden voyage of Pan American Airways’s China Clipper plane from San Francisco to Hong Kong, the lounge displays an impressive collection of aviation memorabilia, including the China Clipper’s original door and propeller.

The Peninsula was built near the point at Victoria Harbour where ocean liner passengers disembarked, which made it easy to lure wealthy visitors weary after a long voyage.

The Peninsula is well-known for its fleet of 14 green Rolls-Royce Phantoms, which it acquired in 2006. And its Rolls-Royce Silver Shadows appeared in the 1974 James Bond film The Man with the Golden Gun starring Roger Moore.

More recently, the Peninsula Hotel Group made waves by officially banning shark fin from its menus in January. This was done to protest the practice of cutting fins off of living sharks, which hurts population numbers. 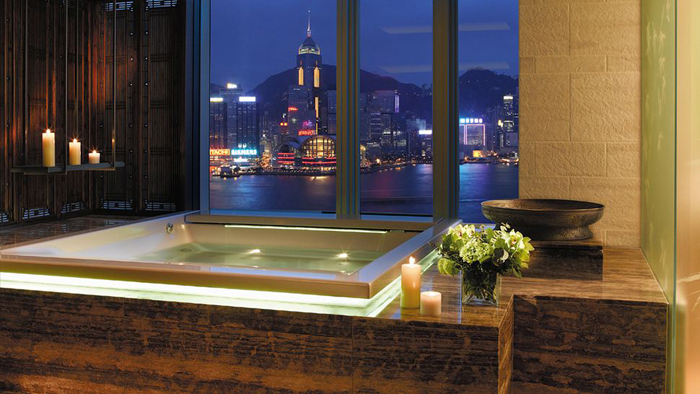 With five room types and seven suite types, the 300-room Peninsula has something for everybody. Guests can opt to stay in the hotel’s original building or the more recently built Peninsula Tower. The rooms boast views of Victoria Harbour and Hong Kong Island to the south or Kowloon to the north, and many come with telescopes to allow a closer inspection of the surrounding area.

While the interiors hark back to colonial grandeur—think dark wood furniture, heavy silk curtains, marble bathroom fixtures, and Chinese ceramic pieces—this is not at the expense of modern conveniences. Each room features a flat-screen TV, silent fax machine with a personalized fax number, five telephone lines, and complimentary broadband internet.

Facilities include an 18-meter Roman-style swimming pool that opens onto a sun terrace with views of the harbor and Hong Kong Island, a spa with 14 treatment rooms, a fitness center, and a host of meeting rooms. 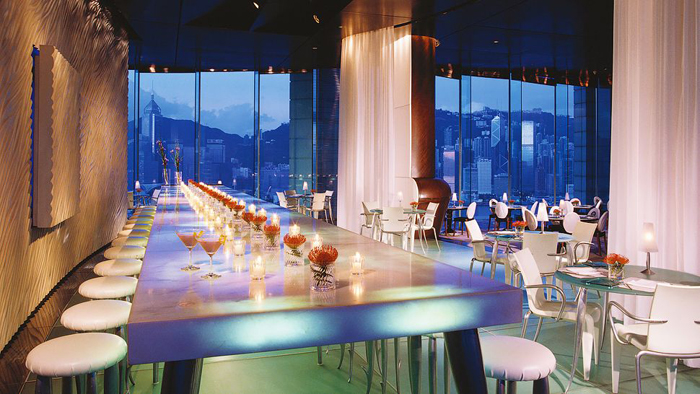 With nine restaurants (including the aforementioned Lobby) and bars, guests will never find themselves short on dining options. On the top floor is Felix, a Philippe Starck–designed restaurant that serves European cuisine. Other venues include Gaddi’s, one of the first French restaurants in Hong Kong; Verandah, with fresh continental fare; Chesa, a restaurant in the style of an Alpine chalet that dishes out authentic Swiss delights; Spring Moon Chinese restaurant; and Imasa, which serves gourmet Japanese cuisine. On the tipple front, the hotel sports the cocktail bar Salon de Ning and The Bar for a pre- or post-dinner drink.

True to its roots, this “Grand Dame of the Far East” encompasses a stylish blend of traditional Asian decor and colonial heritage. This, however, is not at the expense of the modern amenities and technology one would expect from a hotel in this class. Hong Kong is a hectic city. If you want a nostalgic interlude without sacrificing modern conveniences, the Peninsula works wonders.