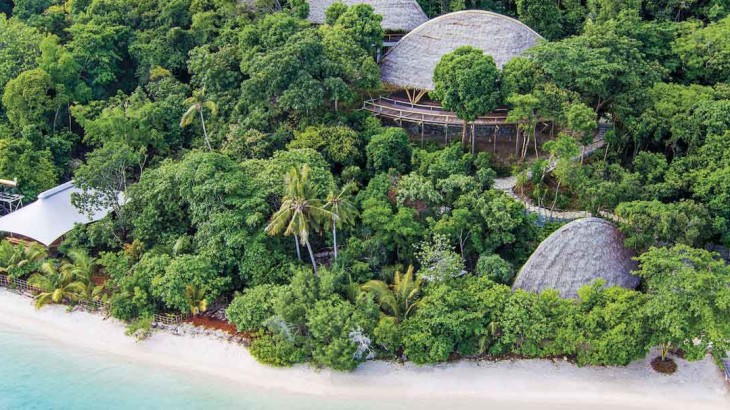 Bawah Island. Photo from the property.

Indonesia’s remote Anambas Archipelago is something of a well-kept secret among divers and long-distance yachters, but one newly opened eco-resort is about to put it on the map for luxury travelers. The allure of Bawah Island lies in its unfettered simplicity and postcard-perfect setting in the South China Sea. A three-hour journey, involving a ferry to Batam and a 75-minute seaplane ride, transports visitors from Singapore to a formerly uninhabited locale that appears to have changed little in the past millennia. Here, the 300-hectare property encompasses five jungled islands, 13 beaches, and three crystal-clear lagoons, all surrounded by a marine conservation area. Just 70 guests bed down in its tented suites and overwater bungalows at any one time, while personal touches abound—villas are named after its temporary residents, and at the restaurant, Asian-fusion cuisine comes with the promise that no meal will be alike. As if that weren’t enough, three bars are scattered around the resort, the wellness center offers yoga, meditation, reiki, and Pilates, and plenty of diversions await offshore. It’s one place where you’ll want to be marooned (US$1,960, all inclusive).

This article originally appeared in the August/September 2017 print issue of DestinAsian magazine (“Isle Take It”). 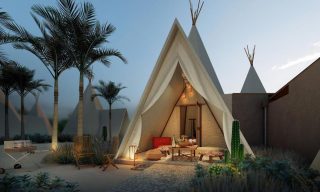