Don’t be fooled by its name: Jakarta’s newest restaurant doesn’t lend out books or host reading groups, but it does let you eat at its tables, and positively encourages chatter. In fact, the only apparent connection between Bibliothèque and a library is its design. Floor-to-ceiling bookshelves, oversize green-leather sofas, and dark-wood furnishings set an academic tone, offset with an elevated DJ booth and mood lighting. The menu bounces between classic European cuisine—crispy duck leg with Lyonnaise potatoes and a honey-orange sauce—and Middle Eastern favorites, from meze platters, falafel, and baklava to a good-sized lamb shank served with yogurt and pita. End the evening with cocktails on the candlelit patio—one of the most pleasant alfresco areas you’ll come across in the Indonesian capital (Sampoerna Strategic Square, 8 Jl. Jendral Sudirman Kav. 45-46; 62-21/5795-6978). –NATASHA DRAGUN

UPDATE: The venue is still going strong as of March 2012, especially its bar on weekend nights. 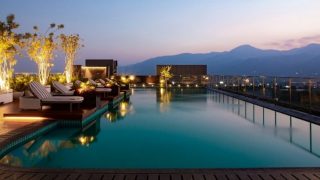 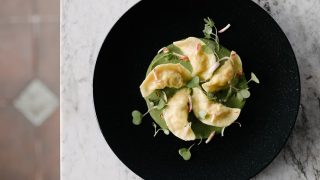