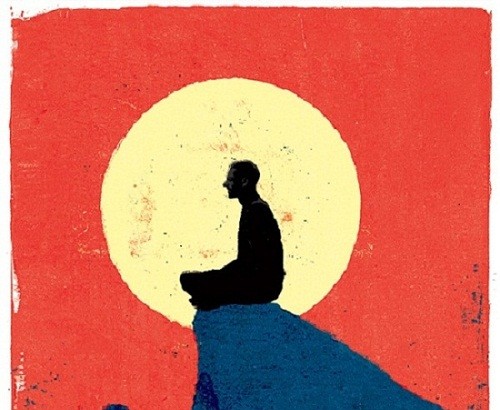 Vipassana is one of India's most ancient forms of meditation.

On a quest for inner calm? Try studying an ancient Indian meditation technique for the duration of a 10-day silent retreat in Java. The results can be quite liberating

It was Christmas morning and I could hear bells ringing. Actually, it was just one bell, and it was getting louder, forcing me fully awake. I felt a flicker of dread in my stomach. I’ve never been big on the festive season, with its false cheer, family feuds, and commercial cash-ins. There, I said it. But that wasn’t the issue. In fact, I wasn’t even aware it was Christmas. All I knew was that it was 4 a.m. and I had to get up, take an ice-cold shower, and sit cross-legged for two hours before eating a scant breakfast of noodles and vegetables.

In all, I would spend ten and a half hours that day sitting in silence with my eyes shut. I would eat my last meal at 11 a.m. I was not allowed to speak or even look anyone in the eye. They’d taken my iPhone, the novel I was reading, my notebook and pen. Think gulag, except with less leisure time, earlier wakeup calls, and tropical swelter instead of Siberian chill. As I dragged myself off the thin foam pad between me and the floor, the irony suddenly hit me: I came here looking for liberation.

Here being Klaten, a little town in Central Java, Indonesia, and a suitably obscure locale for my first Vipassana meditation retreat. Vipassana means “insight,” in the sense of seeing things for what they really are, and is thought to be one of India’s most ancient meditation techniques. Twenty-five hundred years ago, Gautama Buddha brought it back into vogue, and over the last few decades it has had a renaissance largely thanks to another visionary called Satya Narayan Goenka. Born into a conservative Hindu family in Burma, Goenka was a successful businessman who met Sayagyi U Ba Khin, a renowned Vipassana teacher, while seeking a cure for his chronic migraines. The headaches stopped and a lifelong inquiry into the nature of reality began. Goenka died at the age of 90 last September, but not before he’d established a global network of more than 120 meditation centers in 80 different countries.

To be fair, I had expected the facilities at the Wisma Dhammaguna retreat center to be pretty basic—the idea of Vipassana is to lead a silent, monastic life for 10 days, and that means relying on the charity of others. Plus this was rural Java, not L.A.

“Yes, the facilities at retreats vary greatly, but the course is always the same,” I’m told two months later in London by a laughing Ian Hetherington, a 35-year Vipassana veteran and the author of Realizing Change: Vipassana Meditation in Action. I have contacted him because I’m already planning my next course, this time at an English retreat in bucolic Herefordshire, where he is based. “And the whole operation is funded by the donations of past students, who want others to share the benefits. We also organize and staff the courses.”

There were around 30 students with me in Klaten and they ran the gamut from a salt-of-the-earth Indian engineer to a German backpacker dressed head-to-toe in tie-dye. No one seemed perturbed by our digs, so I decided to make the spartan quarters and cold showers a part of the teaching. I’d become too reliant on habits and little comforts, so much so that they sometimes seemed to rule me.

“What brings someone to Vipassana?” Hetherington asks rhetorically. He doesn’t answer, but the point is clear. This was intensive stuff and doing my first 10-day retreat was really only just the beginning. I was looking for deep and lasting change, a sense of profound stillness that wasn’t continually upset by “outside” phenomena: career, love life, weather, traffic jams … all the clamor of life. As the psychologist Abraham Maslow put it, “Dispassionate objectivity is in itself a passion—for the real and for the truth.” But cultivating equanimity takes discipline.

“That’s why we start with Sila,” Hetherington says. “These five ethical precepts [to refrain from stealing, killing, sexual misconduct, wrong speech, and intoxication] help to fix intention in the mind.”

I had a deeper personal intention too. I’d rather grandly resolved to “face my inner fears,” to try and root out the deep-down existential terror at the mere fact of reality and of death, setting out on a psychonautical journey to explore the outer reaches of my unconscious.

I spent the first three days observing my nose. Actually, there was more going on there than I expected. I felt the breath in my nostrils, cooler on the inhale than the exhale. I felt sensations: pressure, heat, tingling, pulsing. But it wasn’t easy, either; I would unwittingly find myself hitching rides on random trains of thought, like an amnesiac hobo.

In fact, we were developing our samadhi, or “one-pointed attention.” As Hetherington tells me later, “Samadhi in this tradition means developing the ability to be present with reality as it is now.” The idea is that we spend much of our lives in a sort of waking dream, trawlingpast memories, speculating about phantom futures. Thinking has its purposes. But there’s no off switch; it just keeps on going, like white noise. Even as my concentration steadied, I was still peripherally aware of low-level mental static. And then on day three, the fear I was so keen to confront actually appeared. It began as a stirring in my belly and built into waves of anxiety with the odd thrill of panic thrown in.

This wasn’t my first meditation retreat, and I imagine I looked as outwardly serene as most of the other meditators in the dhamma hall. But I had a primal urge to flee. How could I possibly face another week of this? Instead, I followed the instructions. I observed the bodily sensations I was experiencing, but without forming any kind of attachment or aversion. And I found an impassive part of myself that could just watch the drama unfold. I also checked in with the assistant teacher during the lunch break (one of the few times I was allowed to break my silence), just to make sure I wasn’t going bonkers. His benign reassurance helped shore up my conviction.

It would be interesting to discover what chemical reactions were going on in my body during these fear rides; I imagined a ton of cortisol and adrenalin coursing through my system. Sometimes it felt oddly similar to being in love. But it was exhausting, and at some point during a two-hour session, I slipped into a sort of limbo state between waking and sleep. And then something hard and heavy in my gut spontaneously released. It was as though an egg had cracked and warm yolk was flowing through my stomach. I felt a blissful sense of relief, accompanied by an uncontrollable urge to weep. I was saved by my voluminous hoodie and the timely sound of the closing bell.

That wasn’t the end of it: I remember day five being pretty heavy too. But the sheer intensity of what I was facing helped me to really “get” the teaching. I took refuge in equanimity as I observed my bodily sensations. And as my fear swelled and then faded, I glimpsed the truth of impermanence.

“The third aspect of Vipassana is pana, or wisdom,” Hetherington says. “It means becoming aware that the sensations in the body are always changing.” The technique involves sweeping your attention from head to toes and back again, observing whatever arises in each part of the body. Sometimes it wasn’t much, because my attention wasn’t that sharp, but gradually I found a sort of feedback loop developing. Shifting geometric patterns and visions behind my eyelids seemed to harmonize with different parts of my body.

Vipassana is a set of techniques that purports to show you what is true by narrowing the parameters of your experience to breath and bodily sensation. It’s counter-intuitive, but you need all the restrictions to free yourself. And it’s not about intellectual understanding—pana is “felt” wisdom. Each evening, we watched a 90-minute video discourse by Goenka, which gave context and inspiration. But there were no sophisticated concepts for the mind to start wrestling with.

According to the teaching, we suffer when we start forming attachments or aversions to experiences. We give them a permanence they simply don’t have and that is how we develop habits and fixations. Some are lightly traced in sand, but others are etched in rock. Something had frightened me once and I’d turned it into a monster. Vipassana releases these pent-up anxieties. The trick is to just watch them arise and drift away.

On the final meditation of day eight, I was sweeping as usual when something remarkable happened. My body dissolved. I was head-to-toe vibration, a hummingbird flutter. Was this a glimpse of emptiness? I’m still not sure, but it felt utterly blissful. Remembering that this, like everything else, was a passing sensation, I managed to bear silent witness, though I still felt wonder. The next session it was gone. But I didn’t try to get it back. Instead, I rested my attention gently on a recalcitrant elbow that felt especially dull. And I did it with equanimity. Perhaps I was beginning to learn my lesson.

Lastly, there’s metta, or “loving kindness.” By cultivating empathy with others, we loosen the bonds of ego a little more. I found these meditations on the final day especially soothing. Meditators are sometimes accused of self-indulgence. In fact, selfless service is an important part of Vipassana practice, whether volunteering on a retreat or some other act that doesn’t bring you personal gain. Goenka referred to it as “the art of living.”

“At the end of the retreat, in the first 24 hours after you break silence, you learn what it is to be outside in the world and to be simultaneously more aware and present,” Hetherington says. “That is, you stop blindly reacting.” I left Klaten with a sense of clarity that felt alien and yet entirely natural. Two months on and that feeling has faded. But I sit each day and try to watch, quietly. There’s no rush. This is an art you work on for a lifetime.

This article originally appeared in the April/May 2014 print issue of DestinAsian magazine (“Reflections: A Still Life”).