From an exhibit of the Thai king’s photographs to a Blade Runner event, here are what’s going on in the region.

Through the Lens of His Majesty King Bhumibol Adulyadej

The late king was an avid photographer and this exhibit will serve as a showcase of the photos he has taken which have never been seen in public. Head over to Bangkok Art & Culture Centre at Thanon Rama I from now until October 31.

Watch The Mafia Kills Only in Summer, an homage to the policemen and magistrates who fought the Sicilian mafia in the late 1970s and 1990s. Head off to the Hong Kong Polytechnic University in Hung Hom on October 17 to watch this comedy, said to be the finest mafia movie to be ever made. The Mafia Kills Only in Summer

Print is alive and well as this event want to prove, which will have several booths selling comics and other printed materials. Head over to SACC Mall on Jalan Perbadanan on October 7 to join in on the fun.

It’s a few months away from Christmas but it’s never too early to watch this holiday-themed show at the Esplanade on October 7. Members of the audience who come dressed in costumes will have the opportunity to have their photo taken with the cast. As a celebration of the release of the sequel to the groundbreaking film, fans will be hanging out in Kawasaki where a Blade Runner-related show will be broadcast. Head over to the venue on October 21. Tickets are available at US$60. 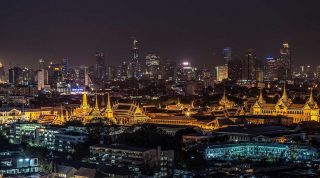 What Travelers Can Expect During King Bhumibol’s Funeral

What Travelers Can Expect During King Bhumibol’s Funeral

Preparations are underway for the cremation of Thailand's King Bhumibol Adulyadej.