This 317-room, five-star property gives the Korean capital the discreet elegance that it truly deserves. The bedroom at Four Seasons Seoul. All photos are courtesy of the property.

Why you’ll want to go: Conspicuous consumption might as well be Seoul’s middle name—after all, this is the city where consumer spending will leave other places pale in comparison. Despite its unabashed glamor, the city had few luxury hotels, which explains why this property was welcomed with much fanfare when it opened in 2015. With its sleek interiors and panoramic views of N Seoul Tower, Cheonggyecheon Stream, and Gyeongbokgung Palace, it has proven that it is a hotel worthy of its home city. The rooms: The modern rooms come in neutral palettes, furnished with customizable beds, marbled bathrooms, and Lorenzo Villoresi toiletries. Floor-to-ceiling windows bath the generously spaced rooms (reportedly twice as big as the average Seoul hotel room) with abundant light. Decompress by playing video games (PlayStations and Xbox are available upon request) or just by enjoying the sight of the glittering city lights below. The livingroom inside one of the bedrooms

Things you can do: Indulge in authentic Japanese dishes in the Michelin-starred, three-story eating joint Kioku. Or head over to Charles H. Baker, an opulent bar dressed in a palette of brown and gold. Perch yourself into one of its sleek leather booths then order one of its old-fashioned cocktails to wrap up your Seoul sojourn. 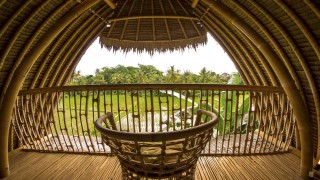 Whether you're looking for a quick getaway or to immerse yourself with the locals, Airbnb has got th... 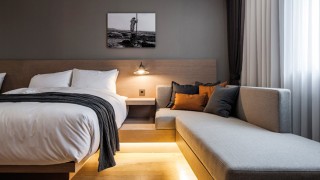 The country’s first entry to the Small Luxury Hotels of the World is a realm of understated sophis... 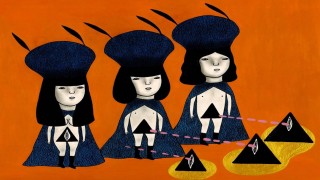 With its amazing array of things to do, Asia is a great place to be. Here are a few notable events t...