By Rachel Will
Video & photos by Dimas Anggakara

Things happen slowly, if at all, in Singapore’s heritage district of Kampong Glam. Taxis pass leisurely and stop even less, uniformed school children congest narrow footpaths, and traffic is barred from central shophouse-lined corridors. At the heart of the ‘hood witness the Sultan Mosque, named after Sultan Hussein Shah of Johor who took residence here in 1819 prior to British colonization. The neighborhood has historically been Malay-dominated, with the Sultan’s adherents following him here, along with Malay and Arab merchants who the area was originally designated for. Named after the soft peeling layers and bushy foliage of gelam trees that shade the streets, the area is between Bugis and Lavender on Singapore’s MRT line. The area has slowly grown to include cultural lightning rods such as a Comme des Garçons pop-up store on nearby Haji Lane in 2005 and the perennial favorite café-cum-boutique-cum-rooftop bar, Maison Ikkoku, on Kandahar Street. It’s easy to spend the day here, striking up conversation with the city’s intellectual and creative elites over locally roasted brews. Drop by another day and Kampong Glam’s folk are happy to pick up right where you left off. Munch on gluttonous brunch fare while checking out local artworks.

Set in a white box floor plan, Artistry’s nondescript form could be used for anything. The café oscillates between a neighborhood brunch standby, performing arts outlet, ever-rotating art gallery space, and sometimes-wine bar. The collective thread that connects these concepts is the desire to promote Singaporean arts while traditional gallery and exhibition spaces are prohibitively expensive. Managing partner Prashant Somosundram’s long-vested interest in the Singaporean creative community means projects are palatable versus pretentious. “I wanted something to curate and love more,” says Somosundram. “I didn’t have a space, it was a gap for personal enrichment and ‘the thing you want to do.’” In November 2012 the space became a reality and the Artistry team got the chance to create an outlet to share their creative and culinary ambitions. Their food is standout grub that Sunday brunch dreams are made of including the blueberry, ricotta, and bacon pancakes, cheekily dubbed the BRB Pancakes, or the jumbo lump crab cake burger served best with truffle fries. It doesn’t stop at the arts either: books from Singaporean independent bookstore BooksActually are for sale along with locally roasted cups of joe from Liberty Coffee. 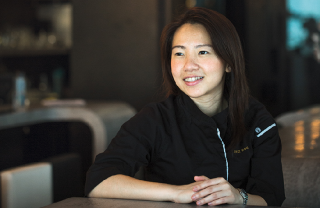 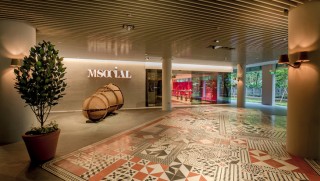