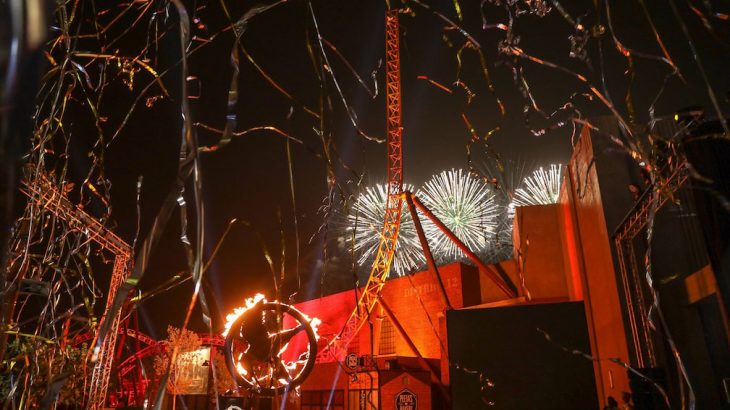 The Hunger Games dystopian trilogy tells of a world where children battle to death to entertain a group of elites. It’s just the kind of tale that nightmares are made of, but the premise would make a great theme park.

Enter Dubai. The emirati famous for cloud-touching skyscrapers welcomed The World of the Hunger Games, a theme park based on the globally popular novels and films.

Spearheaded by Lionsgate studio and located at the sprawling Motiongate Dubai, the park brings visitors to the world of Panem, the bleak setting of the trilogy. Guests can try the adrenaline-pumping rollercoaster Capitol Bullet Train, named after the city where Panem’s entitled class lives. Or fans can meet the vicious President Snow and accept his invitation to take the Panem Aerial Tour, where they will board a hovercraft and see the entire park from a distance. They can also grab bites from Peeta’s Bakery, named after the shy baker boy who stole the feisty protagonist Katniss’ heart.

While the theme park sounds promising, some guests may find it weird to be entertained by the sight of poor coal miners performing in a musical extravaganza. But Dubai has always been the home of mind-boggling ideas—such things are par for the course.

International visitors need to shell out US$64 for a winter season daily pass to enter Motiongate Dubai. Annual pass is priced at US$75.