The historic central alleyways of Australia’s second city are a treasure trove of restaurants, bars, galleries, and boutiques.

Beyond Melbourne’s orderly grid of city blocks lies an atmospheric network of some 900 alleys, arcades, and footpaths, home to former workers’ cottages and warehouses dating back to the Australian gold rush. Often overlooked by tourists, these narrow lanes offer a cool respite from Melbourne’s main streets, where trams thunder along the roadways and shimmering office towers dominate the pavement. The most vibrant area is found within the few square blocks that form the city’s historic heart, bordered by Spring and Spencer streets to the east and west, and Collins and Flinders streets to the north and south. Amid all this one can find an ever-expanding array of hole-in-the wall bars and restaurants, one-off boutiques, and stylish lodgings showcasing the best that the bohemian backstreets have to offer.

Housed in two heritage buildings—one a Gothic Revival structure dating to 1889, the other a former wool exchange with a Queen Anne–style facade—connected by a lofty atrium, the InterContinental Melbourne The Rialto (495 Collins St.; 61-3/9620-9111; intercontinental.com; doubles from US$210) opened in December 2008. The hotel nestles at the base of Rialto Towers, the city’s second-tallest building complex, and its 253 rooms are decorated with intriguing photos of Melbourne past and present.

Situated in a cool, narrow street is Causeway 353 (353 Little Collins St.; 61-3/9668-1888; causeway.com.au; doubles from US$110), the third addition to the Causeway hotel group’s inner-city chain. The 142 rooms here include a handful of spa suites. Farther south, the charming Pensione Melbourne (16 Spencer St.; 61-3/9621-3333; pensione.com.au; doubles from US$78) sits opposite the Southern Cross train and bus station. Rooms are modern and inviting; book the Courtyard Suite to enjoy a private patio ringed with ferns.

For longer stays, the self-contained, one-bedroom Apartment 401 (258 Flinders Lane; 61-3/9248-8105; apartment401.com.au; doubles from US$142 with a minimum two-night stay) is a good choice, located just a block from the Yarra River in the beautiful Art Deco Majorca Building. Nearby, one of Australia’s first boutique hotels, The Adelphi (187 Flinders Lane; 61-3/8080-8888; adelphi.com.au; doubles from US$182), continues to reinvent itself thanks to a recent multimillion-dollar makeover that saw the addition of the funky Art@Adelphi bar and a new spa featuring aboriginal-inspired treatments.

Fans of chef Andrew McConnell (owner of Three, One, Two in the Carlton neighborhood) can now enjoy his contemporary cuisine at Cumulus Inc. (45 Flinders Lane; 61-3/ 9650-1445; cumulusinc.com.au). Take a seat at the oyster bar or share delightfully modern creations like Wagyu bresaola with celery and Parmesan and baked gnocchi with taleggio and truffle vinaigrette. Another popular spot is MoVida Next Door (164 Flinders St.; 61-3/9663-3038; movida.com.au). Like its neighboring sister restaurant, MoVida, the setting at this bodega is dim and intimate, but the fare is much simpler: a handful of flavorful tapas like homemade chorizo sausages and ox tongue served with cider carrots and chickpeas.

Comme Kitchen (7 Alfred Place; 61-3/ 9631-4000; comme.com.au) is a lunchtime favorite. Corporate types vie for window-side tables, where chef Simon Arkless serves up French- and Spanish-inspired cuisine: his terrine of rabbit, foie gras, prosciutto, and savoy cabbage is a standout. More charming than chic is the Journal Canteen (252 Flinders Lane; 61-3/9650-4399), whose kitchen is helmed by Rosa Mitchell. The room has a stripped-back, rustic feel, and the food follows suit: the small menu consists of antipasto plates, a pasta dish, and just one or two mains each day. Tucked down a nearby alley, Gill’s Diner (Gills Alley; 61-3/9670-7214), revels in the same sort of communal seating and hearty comfort food.

Melbourne’s nightlife scene is arguably the most eclectic in Australia, ranging from live music at down-home pubs to cocktails and jazz in more elegant surrounds. The Melbourne Supper Club is an old-timer, but its rooftop addition, Siglo (161 Spring St.; 61-3/9654-6300), has been abuzz since opening early last year. Housed in a glass extension, the bar commands views of Parliament House and the city skyline beyond; competition for tables on the patio is fierce.

It’s all mood lighting and blond wood at Recorded Music Salon (11 Collins St.; 61-3/9650-3821), where DJs spin mellow grooves at volumes that more mature patrons will appreciate. The cocktail list is long, but one drink that stands out is the Hemingway daiquiri, made with grapefruit juice and maraschino-cherry liqueur. Located at the base of the new, eco-friendly building that houses the City of Melbourne offices is Council House 2 (Shop 1, 218–240 Collins St.; 61-3/9639-7778; councilhouse2.com.au), a modish bar and restaurant with a “green” theme. The chic furnishings are made from recycled products, and the wines and produce are all locally sourced.

Flinders Lane, once the heart of the city’s rag trade, is also a hub of Melbourne’s art scene. Among the best spaces are the Anna Schwartz Gallery (No. 185; 61-3/9654-6131; annaschwartzgallery.com), which represents leading contemporary artists such as Dale Frank, Shaun Gladwell, and Callum Morton; Gallery Gabrielle Pizzi (No. 75–77; 61-3/ 9654-2944; gabriellepizzi.com.au) for Aboriginal art; and Craft Victoria (No. 31; 61-3/9650-7775; craftvic.asn.au) for imaginative exhibitions by Australian artisans and jewelers. 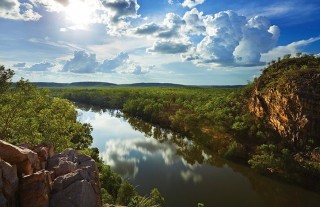 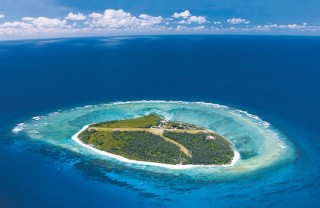