Fate played a huge part in the creation of the first Rimowa luggage. In the 1930s, a fire broke out in its German factory, and in the aftermath of the catastrophe, only a piece of steel was left intact. The disaster inspired the company to manufacture bags made of the same material, composed of 205 separate parts carefully put together. Since then, Rimowa’s signature style has become a ubiquitous sight in many of the world’s airports.

This year marks the company’s 80th anniversary, and to celebrate, it called up some of its more famous fans to showcase their own Rimowas. Each luggage was photographed by Frank Hülsbömer, with all of his snaps to be posted on the brand’s social media channels. From chef Massimo Bottura to film director David Fincher, it seems no one is exempt from Rimowa’s unique persönlichkeit—personality.

Below are five luggage and what their owners have to say about the magic of travel. Italian chef and restaurateur Massimo Bottura: “Traveling is not about where you go but what you bring back with you: life lessons, culture, memories.” All photos courtesy of Rimowa and photographed by Frank Hülsbömer. American director David Fincher: “Travel connects me with a world beyond a screen. You have to work not to become short-sighted.” Chinese actress Fan Bingbing: “Each place I visit is a part of my education.” American television host and entrepreneur Martha Stewart: “Planning is paramount when it comes to travel.” Taiwanese pop singer Jolin Tsai: “Travel humbles me. You find yourself through where you’ve been.” 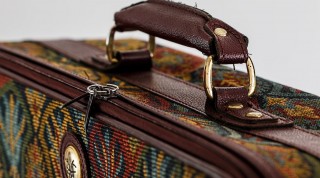 Jet off to your dream destination with the right premium luggage. Here, we present five that made th... 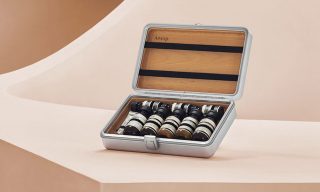 Aesop and Rimowa Have Designed the Travel Kit of Your Dreams