Geneva’s answer to SoHo in New York, the district of Quartier des Bains is a hot spot for contemporary art and culture in a city better known for international diplomacy.

On a casual stroll through Geneva’s Quartier des Bains, you’d be forgiven for thinking this was just another inner-city residential neighborhood. But don’t be fooled by first impressions. Beyond the stone facades of the district’s 19th-century apartment buildings and the thick concrete walls of former watchmaking ateliers, an irrepressible creative energy lurks within. It’s a transformation that is more than two decades in the making, ever since the arrival of the Musée d’Art Moderne et Contemporain, or MAMCO. Alongside several other cultural institutions, MAMCO inhabits an old factory compound from the 1950s. Jennifer Ng Chin Yue, the museum’s head of communications, points out reminders of the building’s past life. “You can see stains, machine marks on the floor, and sometimes there’s even the smell of oil. This is the memory of the factory,” she says. The unusual venue has not only given MAMCO its underlying character, but also 4,000 square meters of exhibition space, making it Switzerland’s largest contemporary art museum.

From its inception, MAMCO’s approach to art has always been playfully unconventional. The museum opened in 1994 with an ensemble of neon installations by Maurizio Nannucci in the stairwell titled Art, Text, Light, Sign. All four glowing installations are still there, and the electric current emits a noticeable buzzing noise as we walk by. “See?” Ng says excitedly, “you can even hear the artwork!” Another showpiece from the permanent collection takes pride of place above the central elevator on the top floor: Italian artist Gianni Motti’s Big Crunch Clock, a solar-powered digital timer counting down to the destruction of the sun in five billion years’ time.

MAMCO opens onto a quiet courtyard used for events such as “La Nuit des Bains.”

The museum has always sought broader engagement with the public, and more often than not, it does so with a dash of humor. “We want to de-hierarchize the traditional spaces and functional spaces, and make the pieces accessible to everyone,” Ng says. This means putting the artwork not just on the walls, but laying them out on the floor for visitors to step on, and commissioning pieces for areas people might not otherwise expect. In the men’s bathroom, I find deformed mirrors deliberately placed above the sinks, while a trail of “ants” adorns the ceiling.

MAMCO is just one member of the Quartier des Bains Association, a collective of nine galleries, four cultural institutions, and three other venues that has helped to put the district on the radar for international art enthusiasts. Three times a year, the association organizes “La Nuit des Bains,” coinciding with the launch of new exhibitions at each of the participating galleries. These are a diverse bunch, ranging from Galerie Patrick Cramer—a specialist in Chinese contemporary art—to the three-year-old Galerie Laurence Bernard, which explores the links between art, space, and architecture. Here, Karim Forlin, a Locarno-born, Geneva-based Swiss artist, has reinterpreted tokens of historical memory by taking them out of context. Her fragile hand-blown glass sculptures are modeled after the cairns found on hiking trails and riverbanks. A series of minimalistic ink drawings, depicting the embrasures of medieval fortresses, could easily be mistaken for religious symbols.

The Quartier des Bains is also home to the Swiss outpost of Paris-based Xippas Gallery. Recent exhibitions here have included a show on American artist Dean Monogenis, who portrays the tug-of-war between nature and rampant urbanization; and Pepa Prieto’s “Unhappy Hens Do Not Lay Eggs,” with paintings that express the emotional and intellectual process of adjusting to a new life abroad. All are inspired by Prieto’s own experience as a recent immigrant from her native Spain to the United States. A painting from Pepa Prieto’s solo exhibition at Xippas Gallery, Unhappy Hens Do Not Lay Eggs.

Just as eye-opening is the Centre de la Photographie Genève (CPG), where I meet with Zurich-born director Joerg Bader, who outlines the institution’s mission as we sit down in his high-ceilinged office. “The CPG is a place for the production, distribution, and reception of photography as experimented in all its different ways—not only printing on paper or projection. We are touching on fields of art that are not yet shown in museums.”

Bader brings out samples from the center’s busy publishing arm, and we flip through the pages of Marco Poloni’s Displacement Island, a photo book on the Italian island of Lampedusa, which juxtaposes scenes of its tourism industry and poignant elements—a lifejacket here, an Arabic-labeled packet of cigarettes there—that recall its role as a point of entry for migrants making the treacherous journey by sea from Africa to Europe. “It’s not photojournalism,” he adds. “You never see the migrants in the frame. There are only suggestions and clues to their presence.”

Beyond organizing portfolio viewings, symposiums, lectures, and cinema programs, the CPG’s main event is the aptly named 50JPG (a French acronym for “50 Days for Photography in Geneva”), a triennial held in various cultural venues and public spaces across the city since 2003. Bader says that the excitement of Geneva’s art scene makes for a refreshing change from that found in his hometown. “They don’t know how to improvise because everything there runs like clockwork! For people in Zurich’s art world, it’s easier to go to London or Paris or Berlin than to come here. Geneva is different, and not very Swiss in its outlook. They say we are already halfway in France.”

Of course, that special outlook is not just limited to the arts. Two blocks away, the Musée d’Ethnographie de Genève (MEG) reopened in 2014 with a striking new building, whose steeply pitched roof and extended canopy take their cues from East Asian architecture, while the interlocking aluminum panels recall weaving traditions found all around the globe.

Mauricio Estrada Muñoz, the museum’s head of visitor services and public programs, begins our tour by taking me upstairs to the open-access library. It’s a soaring, skylighted space that holds roughly 7,000 books on the world’s cultures and anthropology. “Some people say museums are the cathedrals of the 21st century. I don’t agree with that, but I understand why they think so,” Estrada tells me. “Museums should be agoras and forums, places of exchange.”

But the main highlight lies in the sprawling basement, where MEG’s permanent exhibition comprises a trove of over 1,000 objects named “The Archives of Human Diversity.” The impressive collection certainly lives up to its name, and is carefully interpreted in a manner fit for the 21st century. “We want to avoid creating a narrative of ‘us and them,’ ” Estrada explains. “Our collection comes from all five continents, and all are treated equally. There is no hierarchy and no sense of exoticism.” I take heart that the European section is built on the idea of sharing and welcoming. It’s a highly symbolic and appropriate gesture, given Geneva’s role as a forum for international cooperation and the diversity of its populace. Nearly half of all residents living in the city proper are foreign citizens—a proportion that hovers just above 40 percent if you include the whole canton. Estrada himself hails from the Pacific coast of Colombia, and I can see why he would come this far to work for such a fascinating museum in a place like Quartier des Bains. I know I would.

Organized by the Quartier des Bains Association, “La Nuit des Bains” takes place three times a year, in March, May, and September. For 2017, the remaining dates are May 18 and September 14. 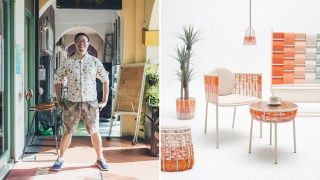