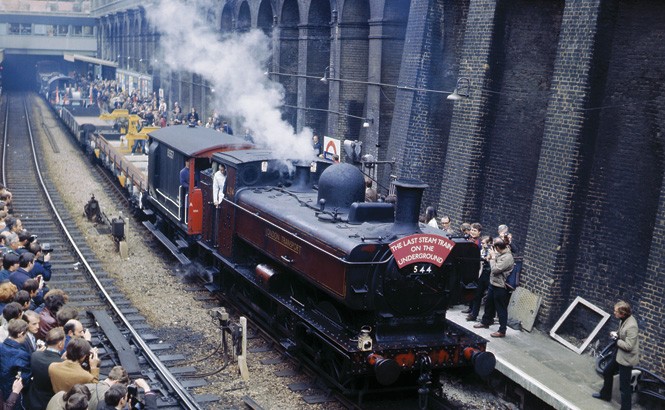 Above: The London Underground’s age of steam ended belatedly in the spring of 1971, when this pannier-tank engine pulled out of Barbican station on its final journey.

Britain may have pioneered the age of rail, but it was slow to abandon steam locomotives, which reigned supreme on the country’s tracks well into the 1950s; the last British Rail passenger steam train made its historic journey in 1968. For the London Underground, the outmoded technology wheezed on even longer. While commuter services on the world’s oldest subway system had switched fully to electric traction a decade earlier, a fleet of pannier-tank engines was employed for shunting and freight duties until June 1971, when the last of them chugged out of Barbican station on a commemorative passage to Neasden.

Undeniably, the Tube has come a long way since its first section—six kilometers from Paddington to Farringdon—began operations in 1863, or since William Morris grumpily wrote about stewing in a “vapour bath of hurried and discontented humanity.” Still, anyone riding London’s subway lines in the heat of summer will appreciate just what he meant. –Chris Kirkpatrick 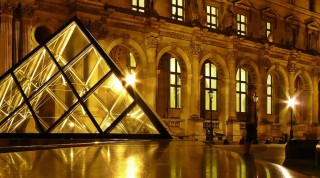