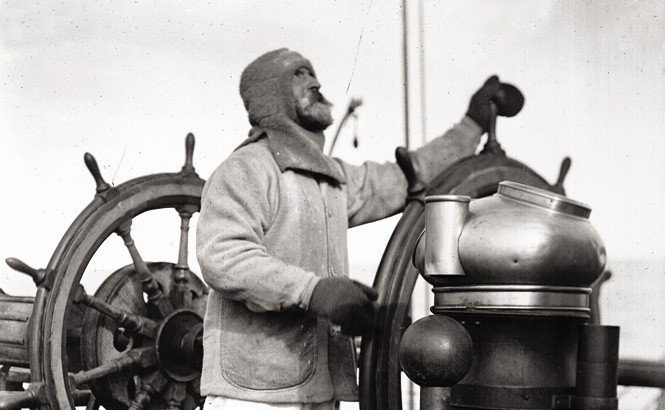 It was one of the last great episodes in the age of exploration: the Terra Nova Expedition of 1910–1913, a British scientific journey led by Robert Falcon Scott to the inhospitable Antarctic. There was every expectation that Scott and his crew would achieve the pinnacle of Edwardian derring-do—conquering the South Pole—with photographer Herbert Ponting along to chronicle the heroics. One hundred years later, Ponting’s images remain among the most enduring of the time, depicting yawning ice caves, frozen rigging, and frostbitten men eating baked beans from the can. The expedition, of course, ended badly for Scott, who reached the Pole with five men on January 18, 1912, only to discover the Norwegian flag already flying. He and his team perished on the march back to base camp; the last words in his diary read, “We shall stick it out to the end, but we are getting weaker, of course, and the end cannot be far. It seems a pity, but I do not think I can write more.” The remainder of the expedition, Ponting included, sailed home aboard the Terra Nova to inform the world of the tragedy—little imagining that a century later, almost 40,000 tourists would be visiting the world’s least explored continent every year. –David Tse