Whether it’s the coast of Portugal or a black-sand beach in Bali, get your wetsuits out and prepare to ride the waves in eight of the dreamiest surfing destinations in the world.

Located on the southwestern tip of Donegal, this beach town is known as the country’s surf capital. Different levels can head over to an area suitable to them. Beginners and intermediates can go to Rossnowlagh; advanced surfers can try the waves at Bloody Foreland and Dungloe.

Newbies need not worry if they’re not confident about their skills—the town has several surfing schools where they can learn from advanced practitioners, such as Bundoran Surf Company, Donegal Adventure Centre, Sup Dude, and Surf World. After lessons, head over to chic restaurants such as The Peak, La Sabbia, or enjoy a sweet treat at HardyBaker Café. A view of Bundoran’s serene waves. The best time to head over to Bundoran is around September until May, or what locals call “cold water Eden. ”

Bali has been the number one surfer’s destination in Southeast Asia for years. Although the “Island of the Gods” is well equipped with plenty of exciting things to offer besides its waves, Canggu Beach remains a favorite for surfers from all over the region. It has three good spots: Echo Beach, which is suitable for intermediate surfers; Berawa Beach, which has less powerful waves than Echo; and Old Man’s/Batu Bolong Beach, the easiest to surf among the three.

First timers will easily find a surf school there such as In Da Surf, Silver Surf Bali, and Santai Surf School where they can learn from the experts. A taste of the beach in Canggu.

The once quiet and serene black-sand beach is now filled with hip cafés and food shacks lined up along its coast, offering surfers delicious food. Once you’re done hitting the waters, head over to the ultimate surf hangout Old Man’s, followed with a romantic date at La Baracca or Betelnut. A surfer hitting the waves in Canggu. 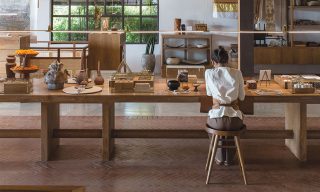 At the Jamu Bar on the adjoining outdoor terrace, which overlooks the boutique’s garden and sangga... 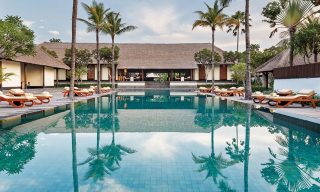