Say goodbye to using the dictionary whenever you jet off to a new destination with the arrival of Google’s Pixel Buds. Introduced this week along with the company’s new Pixel 2 phone, these headphones (which come connected by a cloth cord) have the capacity to translate up to 40 languages in real-time, aside from letting users hear great music. It has to be connected to the Pixel 2 for its translator to function. Tech website Engadget explains how it works: tap the right headpiece and issue a command. Say “Translate to Spanish,” and Google Assistant will translate whatever you are saying to your chosen language, which will be transmitted out of the phone’s speakers. If you are speaking with a local from Madrid, what they will say will be translated into English and will be played into your headphones.

Confused? Watch the demo below:

Impressive, though with wonky Internet connection, it may not function as quickly as it appeared during the event last Wednesday.

Tech journalist Dieter Bohn of The Verge has tried it, and he thinks it’s not that bad. He wrote, “I’m a little dubious that this is any more convenient than just passing your phone back and forth and doing everything there, but it worked really well in the demo: a fairly natural voice in my ear translated what the other person said. It’s not quite in real time, but it’s very fast.”

Now available for pre-order for US$159, the Pixel Buds rely on the Android 5.0 Lollipop or higher and can provide up to five hours of listening time in one charge. 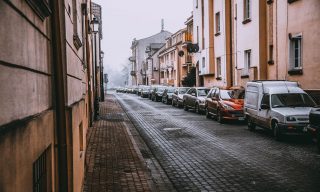 The reports track the places where people are going, across categories like residential, retail and ...