The Kardashians have visited and so did Beyonce and Jay-Z. The Peninsula Papagayo in Costa Rica has earned a reputation for being one of the favorite vacation spots of the rich and famous. What’s the big deal? Rio Celeste falls, one of the destination’s must-sees. Photos are courtesy of Peninsula Papagayo and Four Seaons Costa Rica.

Located on the north pacific coast of the country, it is a 1,400-acre real estate development boasting 21 beaches (in black, coral and gray) and 17,000 meters of coastline. It’s a 30 minute-drive from Daniel Oduber Quiros International Airport, making it very accessible for United States-based A-listers who want to drop anchor there. Major airlines which have direct flights from North American cities include United, Delta, and Air Canada. Diving at Gulf of Papagayo.

The haven boasts a rich, diverse wildlife. Think 8,000 species of moths and butterflies, 850 varieties of birds, 150 species of amphibians, and 205 species of mammals. It’s pretty much the modern version of Eden right there. One of the denizens of the destination

The place’s idyllic beauty brings with it a long list of activities that nature-loving tourists will relish. They can dive and admire the colorful corals and marine life underwater. Its meandering trails are also safe enough for hiking and connecting with nature. Other activities include diving, fishing, and surfing—people here won’t run out of anything to do! In terms of accommodation, many tourists (and full-time residents), stay in private estates, ocean-front homes, and villas. There are also two hotels on the island: the multi-awarded Four Seasons Costa Rica, where Beyonce and Jay-Z stayed but is now under renovation; and the Andaz Peninsula Papagayo Resort managed by Hyatt. Those who want to live the high life and visit are advised to come from November to December, when the weather is warm with the occasional rain showers. 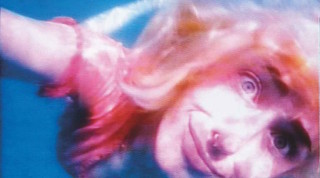