A wilderness of vast grasslands, snow-capped mountains, and glacial lakes, Chilean Patagonia just got a little wilder thanks to the largest-ever donation of private land to a country.

We have been hiking for less than an hour when I start to smell beer. We’re in a remote corner of Chilean Patagonia, a hilly expanse of spear thistles and stony trails, of colorful coihue and lenga trees clinging to steep cliffs. The source of the smell is a mystery. We didn’t see a single other car on the hour’s drive here from our lodge, there are no footprints on the track, and there’s not a building in sight, never mind a pub. I want to assume we are out here alone. But something tells me that’s not the case.

Hans Rosas, our guide for the week, solves the puzzle—“Puma pee.” The yeasty aroma I had mistaken for beer is actually the scent of a puma marking its territory. Recently, I start to get worried when we see fresh scat and paw prints on the track. But Hans is unfazed, even joking about where the big cat might position itself should it decide to pounce on us. The landmark donation by Kris Tompkins to the Chilean government will ensure that almost 4.5 million hectares of Patagonian wilderness will be protected, including Lake Bertrand at the entrance to Patagonia Park. All photos by Natasha Dragun.

Incredibly, puma numbers in this part of South America are on the rise, despite the recent loss of one of their main food sources. In the not so distant past these fields were part of the 70,820-hectare Estancia Valle Chacabuco, a working ranch with tens of thousands of grazing sheep and cattle. The livestock was an easy target for pumas and other predators, who had a smorgasbord of slow-hoofed animals to choose from. But since Conservación Patagónica bought the estancia in 2004, things have changed significantly.

Nothing quite prepares you for the  drama of Chilean Patagonia, a surprisingly diverse ecosystem comprising everything from forests of southern beech to arid steppes, all backdropped by red-rock canyons, glaciated fjords, perennially snow-capped peaks, white-water rivers, and coastal volcanoes. While most travelers make their way south to Torres del Paine National Park and its jaw-dropping ice fields, central and northern Patagonia are still relatively untouched. There are natural barriers—limited flights in and out of Santiago, rough roads, and sparse accommodation among them. And until recently, there was not much for tourists to actually do in this wilderness, with few marked walking trails and even fewer tour operators.

Conservationists Kris and Doug Tompkins—founder of outdoor gear company The North Face as well as co-founder of the Esprit fashion brand—felt an immediate connection with this corner of the country, relocating here from San Francisco in the early 1990s. “The expanse of the land, the fact that there were so few people … I felt something quite strong,” recalls Kris, who in 1993 retired as CEO of clothing company Patagonia, married Doug, and moved to Chile. “Doug was a ski racer and used to train in Chile in the off season. He got to know this part of the world well. When he retired in 1990, he knew he wanted to change his life and get out of San Francisco. He started looking around for places to work in conservation, and ended up back here.” Doug, who died in a kayaking accident in 2015 at the age of 72, first purchased part of what is now Pumalín Park, a 400,000-hectare nature reserve in Chile’s Palena province. “We had an idea of what we wanted to do, to ‘re-wild’ this part of Patagonia,” Kris says. “But we never thought about working at the scale we’ve ended up at.”

That scale equates to more than two decades’ worth of conservation and regeneration projects that have resulted in the largest-ever donation of private land to a government, a landmark handover that took place at a ceremony in Pumalín earlier this year. The goal is to create one of the biggest national parks in the world. Unsurprisingly, getting to this stage was no easy feat.

After purchasing that first part of Pumalín, the Tompkins spent the next decade acquiring more than 287,730 hectares of property from absentee landowners to create the reserve that exists today. They also secured 84,175 hectares that eventually became part of Corcovado National Park, along the southern Chilean coast near the Corcovado volcano. And in 1998, they bought Estancia Yendegai in Tierra del Fuego, a conservation area that has since been transformed into a protected national park.

Two years later they founded Conservación Patagónica, a public organization with the goal of creating national parks and healthy economic opportunities for local communities throughout Chile. One of the organization’s first projects was Patagonia Park. 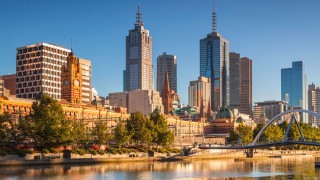 Set to take off next October, the inaugural flight will mark the first nonstop link between Latin Am... 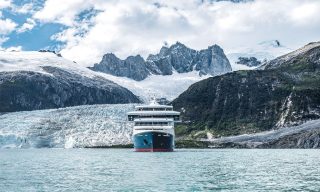 Seeing a Different Side of Tierra del Fuego

A five-day expedition cruise in Chile’s southern reaches reveals a side of Tierra del Fuego that f... 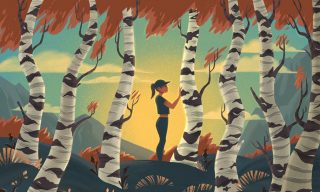