Jakarta, June 18, 2008 – Continuing its award-winning tradition, DestinAsian magazine walked away with three honors in Hong Kong at the 10th-annual Society of Publishers in Asia (SOPA) awards for editorial excellence.

The awards, selected from a record 629 nominations and judged by a distinguished panel of editors and journalists from leading publications across the Asia-Pacific region, recognize outstanding editorial achievements spanning reportage, photography, and graphic design. DestinAsian’s wins—in the category of local newspapers or small magazines published in English—were for Excellence in Feature Photography for “Papua Untamed” (Frédéric Lagrange), Excellence in Feature Photography (Honorable Mention) for “Kolkata at the Crossroads” (Martin Westlake), and Excellence in Feature Writing (Honorable Mention) for “Spirits of the Forest” (Christopher R. Cox).

Says Christopher P. Hill, the magazine’s Editor-in-Chief and Associate Publisher, “Along with other accolades we have earned so far this year, the SOPA awards come as a timely recognition of the effort and expense we put into making DestinAsian the region’s leading English-language travel magazine. It’s very encouraging.”

He adds, “I’m especially pleased to see Frédéric Lagrange’s Papua images getting so much attention. We sent Frédéric deep into the jungles of Indonesia’s easternmost province for two weeks to get those shots, our single-most expensive editorial endeavor to date. It’s gratifying to know that that sort of investment—not to mention Frédéric’s own efforts—has not gone overlooked.”

Notes to Editors: Published eight times a year, DestinAsian has a readership of more than 125,000. It is distributed to affluent travelers through newsstands, subscriptions, in-flight and controlled circulation to countries and airlines throughout Asia and Australia. The aim is to reach those individuals who enjoy travel and appreciate the finer things in life. The DestinAsian Media Group began operations in Jakarta, Indonesia, in 2001 and apart from DestinAsian itself, now publishes several lifestyle publications. 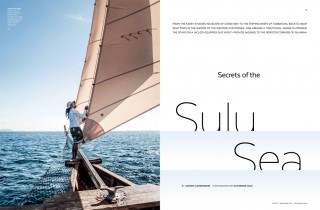 DestinAsian has scooped up the Award for Excellence in Lifestyle Coverage by the Society of Publishe...

DestinAsian wins in Excellence in Feature Photography for "A World Away" (Matthieu Paley) and (Honor... 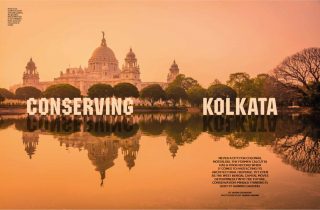