The trip includes a stop in Mompox (Photo: Jess Kraft). Magic realist author Gabriel García Márquez was declared “the greatest Colombian who ever lived” on his passing in 2014. To celebrate the 50th anniversary of his most famous work, One Hundred Years of Solitude, Colombia travel specialists Amakuna have launched a literary pilgrimage through the author’s homeland, retracing his life and bringing guests to locales that inspired his novels. From García Márquez’s birthplace, the little-known colonial town of Aracataca, to Tayrona National Park—where you’ll embark on a guided hike to meet the elusive Kogi tribe—each stop is set to fire the imagination. In Cartagena, the metaphorical setting of Love in the Time of Cholera, you’ll visit nearly 50 spots associated with the literary giant, before attending a private recital of his favorite genre of music, vallenato, by a local street band. 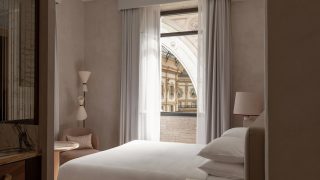 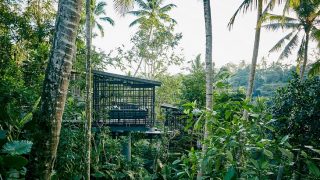 Uncover the Charms of Bali at This Luxe Resort

Perched on the edge of a lush valley, HOSHINOYA Bali immerses guests in nature and the artistic heri...

The five-star property recently emerged from a complete renovation of all rooms, its signature resta...