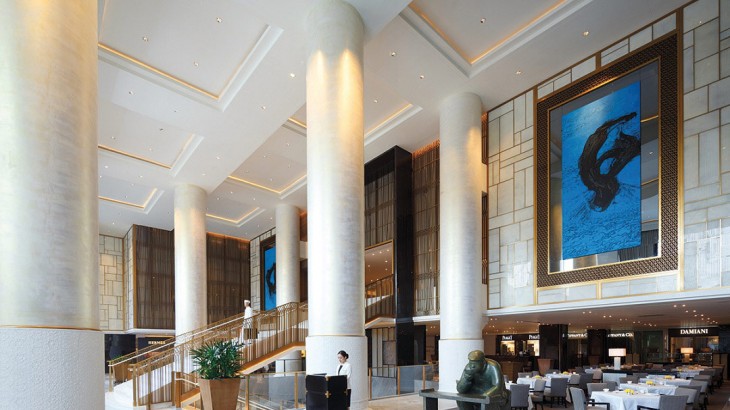 Opened in 1989 as the Chinese capital’s first international luxury hotel, The Peninsula Beijing—then known as the Palace Hotel—was for a long time the grandest place to stay in the city. And now, with its emergence from a US$123 million top-to-bottom overhaul, the landmark hotel on Goldfish Lane looks poised to regain that status.

Return guests will hardly recognize the place—and that’s definitely for the better. The vast three-story lobby is still flanked by high-end boutiques from the likes of Louis Vuitton and Chanel, but gone are the dark granite surfaces, the arched marble staircase, and the inelegant escalators below it. The floors are now covered in pale Italian marble and the great support columns have been refinished with a nacreous luster, which, together with a new bronze-railed staircase, give the space a brighter, more expansive feel. Don’t expect any reception desks either: guests are now greeted by a tablet-toting concierge and whisked to their rooms for check-in. In a way, that’s a shame, as there’s much to linger over in the lobby, including a hand-carved onyx spirit wall, a pair of tea-drinking, Mao-suited everyman sculptures by Zhang Du, and, positioned along the same sightline, a pair of five-meter-high ink paintings by Qin Feng, one of China’s foremost avant-garde artists.

Perhaps even more impressive, a major restructuring has seen the number of guest rooms reduced from 525 to just 230, creating some of the largest standard rooms in Beijing, at an average 65 square meters. The first batch of these will be officially unveiled in early August, and they’re gorgeous, all pale creams and light grays with contemporized Chinese motifs—like the calligraphy-inspired fish mosaics next to the bathtubs—matched by the latest high-tech gadgetry. Even bigger are the 17 residential-style Beijing Suites, with a whopping 165 square meters of floor space; they also feature private cinema rooms equipped with surround sound and 80-inch TVs.

On the dining front, the biggest change is at the hotel’s Jing restaurant, which now serves farm-to-table Mediterranean dishes in a setting designed to evoke a secret Chinese garden. Chef Alberto Becerril says he sources his mostly organic produce from more than a dozen farms around Beijing—and it’s that sort of commitment that will help ensure The Peninsula Beijing’s return to preeminence long after the final phase of its room renovations is completed early next year (8 Goldfish Ln., Beijing; 86-10/8516-2888; doubles from US$270). —Christopher P. Hill A master bedroom inside one of the hotel’s 17 Beijing Suites.

This article originally appeared in the August/September print issue of DestinAsian magazine (“A Landmark Reborn”). 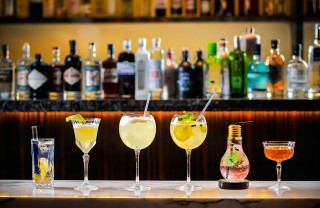 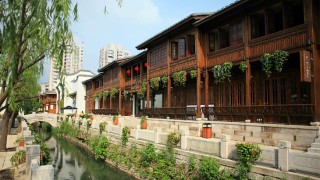