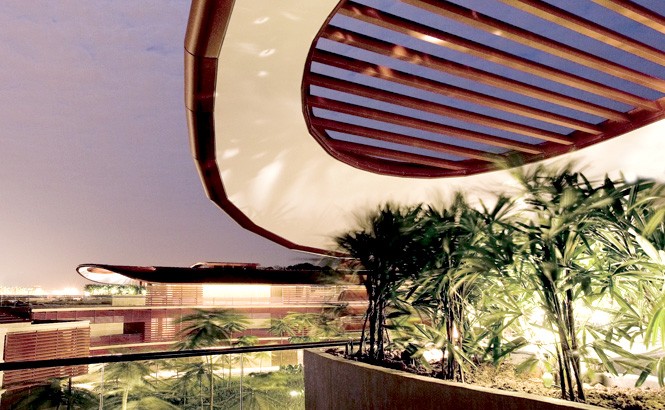 Occupying hillside grounds on Sentosa Island’s southern tip, the Capella Singapore (capellasingapore.com; 65/6377-8888; doubles from US$363) has all the trimmings of an ultra-luxury resort with a grand, colonial twist. The Asian debut for the Capella group—a new chain of boutique properties headed by former Ritz-Carlton president Horst Schulze—has been created by an all-star cast of architects and designers including Pritzker prizewinner Norman Foster, called upon to restore two 1880s buildings, and Indonesia’s Jaya Ibrahim, responsible for the sleek interiors of the 111 guest rooms, suites, and villas. Works from a cache of globetrotting artists are featured throughout, though for nature lovers, the real eye candy awaits in the resort’s gardens—a lush landscape that incorporates heritage trees, arching bamboo groves, and Livistona palms. —Natasha Dragun