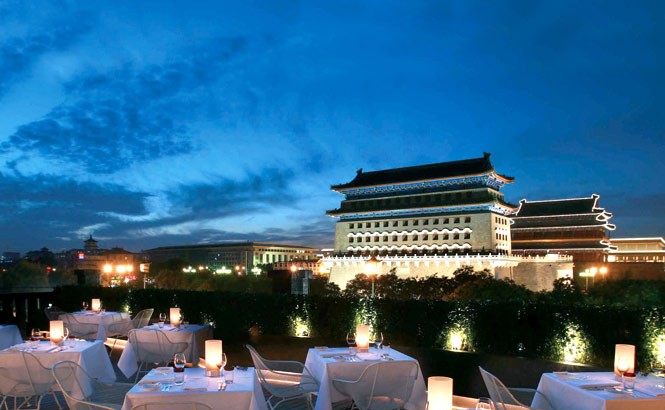 Escape the crowds and admire Beijing’s historic heart from above at Capital M (2 Qianmen Dajie; 86-10/6702-2727; m-restaurantgroup.com), the latest venture from Australian restaurateur Michelle Garnaut. Set on the third floor of a Qing-style building in the revamped Qianmen pedestrian street, the smart 140-seat dining room delivers nouveau-European cuisine —fried frog legs with Kampot pepper; a rich Catalan seafood stew—in a parquet-floored space furnished with velvet loveseats, open fireplaces, and an elaborate 50-meter-long mural. But where Capital M really makes its mark is on the wraparound terrace, where views extend from the imperial gates of Qianmen and Tiananmen to the Great Hall of the People and the Forbidden City beyond. –Natasha Dragun