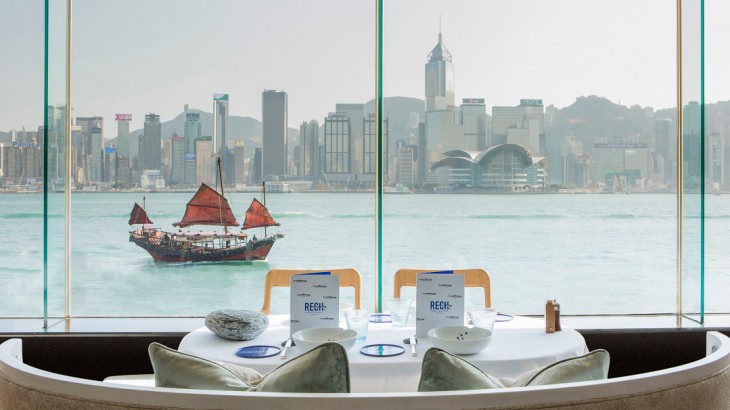 Alain Ducasse has had a good run at the InterContinental Hong Kong (852/2721-1211) in Tsim Sha Tsui—his restaurant Spoon enjoyed a healthy 13 years there, before closing in 2016. The coveted waterside space, with mesmerizing views of Victoria Harbour, has now been transformed into Rech by Alain Ducasse, the first international outpost of his Parisian seafood restaurant of the same name. Here, the pared-down design takes its inspiration from the sea—think driftwood, shell flourishes, pebbles from the coast of Brittany—while the menu features just a handful of mains. Most seafood is hand-sourced from France before being transformed into dishes such as a crockpot of tiny spelt, squid, and sesame seeds, or Grenoble-style skate wing. Expect these to be simple, perfectly cooked, and presented with signature Ducasse flair.