Its CEO, Peter Walton, has made numerous visits to Asia in the past two years and is leading the push into the region. By 2020, it’s likely that two million golf tourists—more than a million of them from long-haul markets—will travel internationally to Asia especially to play golf. The rest will come from within Asia itself.

So far, Thailand has shown a clean pair of heels to other aspiring golf-tourism markets in the region. According to the managing director of Golfasian, Southeast Asia’s largest dedicated inbound golf-vacations company, it will stay that way.

An estimated 600,000 of Asia’s one million foreign golf visitors chose Thailand in 2012, spending some US$2 billion on ground arrangements alone. With strong support and funding from the Tourism Authority of Thailand, the Land of Smiles is now the world’s third-largest inbound golf tourism market behind Spain and the United States, each of which welcomes a million golf tourists a year.

Although the United Kingdom, where the game originated in the 15th century, has long been a magnet for golf tourists, even its four home countries—England, Scotland, Northern Ireland, and Wales—can’t match Thailand individually, while emerging markets such as Portugal, Morocco, Turkey, Tunisia, and Bulgaria have a long way to go to catch up.

No wonder Malaysia, Indonesia, Vietnam, the Philippines, China—and even less obvious markets such as Myanmar, Sri Lanka, Japan, and India—want a piece of the flourishing action. 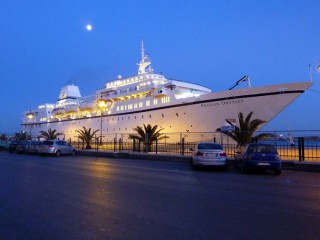 The specialist cruise company is set to start historic and cultural discovery voyages in Asia from m...