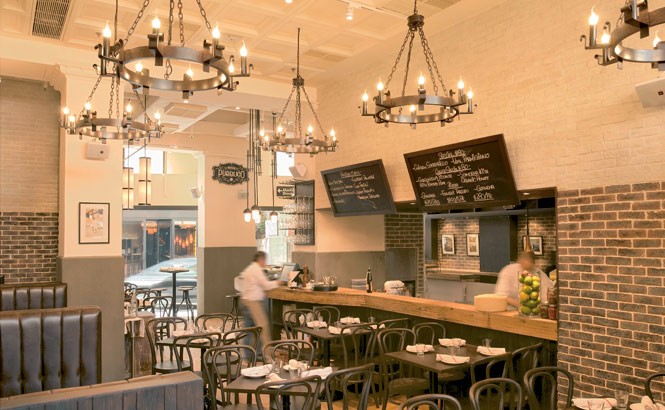 This Italian restaurant in Soho bills itself as a “premium eating” osteria, which is to say that the focus is on top-quality food, without much fuss. Manager and cofounder Robert Spina, whose family runs a number of respected Italian eateries in New York, was determined to make Posto Pubblico a home-style affair. Rustic dishes like veal meatballs and mushroom trifolata are based on old Spina-family recipes, as are the delicious Sicilian pizzas: simple, honest, and available by the slice. The salads are equally good, as much for their ingredients—beetroot with red-veined greens, ricotta, pine nuts—as for the fact that they’re made using organic, local produce. Antipasto specials change daily and are chalked up on boards hung around the brick-walled dining room. If you end up waiting for a table (given the restaurant’s popularity, this is not an uncommon occurrence), while away the time bar-side over a mojito, made here with a liberal pour of prosecco (G/F, 28 Elgin St., Central; 852/2577-7160). –Natasha Dragun