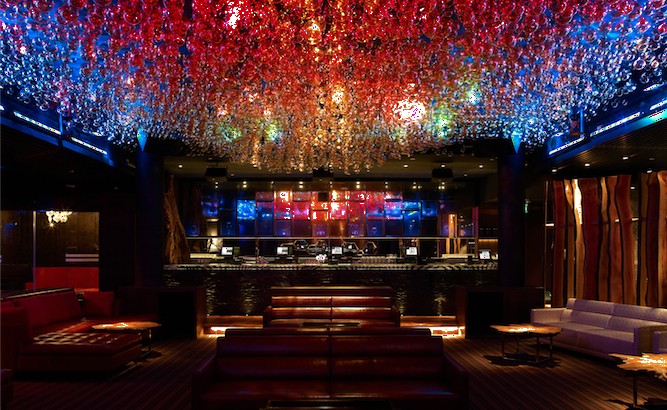 Above: a ceiling of thousands of glass bulbs awaits guests at Pangaea (Milk Photographie)

Singapore’s massive Marina Bay Sands complex continues to make a splash with the recent openings of mega-clubs Avalon (avalon.sg) and Pangaea (pangaea.sg). Literally pumping up the volume on the island state’s heaving nightlife scene, the clubs are housed in the Crystal Pavilion South, a glass-sheathed polyhedron that’s set over the water and accessed via an underwater tunnel. The 550-square-meter Pangaea is swathed in an African theme of tribal masks and ostrich and zebra skins, while Avalon lures partygoers with international DJs spinning tracks in a vast two-level cocoon. –Daven Wu