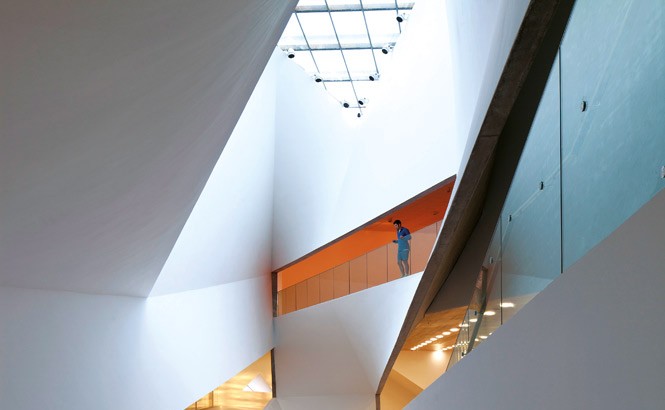 Above: the glass-topped central atrium.

Set against the Bauhaus backdrop of Tel Aviv’s “White City”—the UNESCO-listed quarter built in modernist style between the 1930s and 1950s—the Herta and Paul Amir Building (tamuseum.com) is a bold new extension of the Tel Aviv Museum of Art. Designed by Boston-based architect Preston Scott Cohen, the structure features a faceted facade of over 400 polished concrete panels, each a different shape. Inside, a complex arrangement of gallery spaces spirals around a 26-meter-tall atrium, which connects each of the five levels via ramps and stairs and suffuses them with natural light. Apart from its eye-catching design, the building also houses a comprehensive collection of modern Israeli art, as well as a photography center and library. Its inaugural exhibition, featuring works by German artist Anslem Kiefer, will run until April 15, 2012. –David Tse