Half Dutch, half French, the tiny Caribbean island of St. Maarten/St. Martin is much more than the sum of its parts

What do you call a vacation from a vacation? Ilet Pinel. It’s what Robinson Crusoe would have created were he French: a petite, uninhabited (aside from the goats) Caribbean isle—15 minutes by speedboat from the French side of St. Martin—boasting shallow, warm water, white-sand beaches, and gourmet French food dished up in wooden restaurants and bamboo beach shacks. I sunk my toes into the silky sand, reclined into a chaise lounge beside scantily clad French sunbathers, and ordered a Camembert baguette and a glass of pinot gris. I marveled at the scene: a heavenly island-off-an-island where the only thing to do is eat lobster, drink wine, and swim in azure sea. Should such leisure grow taxing, there’s the option of snorkeling, hiking, or shopping for shell jewelry and colorful wraps at the Paradiso gift shop. The last boat back to the mainland departs at 5 p.m.—when it would be time for us all to return, alas, to our regularly scheduled vacation time.

“This place is crazy,” declared the French-woman in the sun lounger next to me.

“No—crazy. Like, how do you say? Dément.” Pinel, she went on to tell me, was once an asylum for St. Martin’s mentally ill, or so the story goes.

But the only thing “crazy” about blissful little Pinel today was the fact that I had only just discovered it. Having visited st. Martin countless times—consider me an addict—I thought I’d luxuriated in every fabulous nook and cranny of the 88-square-kilometer island. But voilà! Here lay a whole other mini-paradise to discover.

Such hidden gems and eureka moments are surely one reason why St. Martin is among the most revisited destinations in the Caribbean. Sheer singularity is another: according to the C.I.A World Factbook, it is the smallest landmass shared between two nations, creating a culturally rich retreat that’s roughly half French, half Dutch, and 100 percent Caribbean. Its population—some 80,000 people—is wonderfully diverse, a mélange of African, Creole, Carib Indian, Europeans, and expat Americans. A dynamic and diverse nightlife is a major draw too, along with the island’s three dozen beaches and cosmopolitan location: British Anguilla, French St. Barts, and Dutch Saba and St. Eustatius are just day trips away. All this I already knew, but this time I vowed I’d gaze upon the Dutch and French sides with fresh eyes, exploring beyond what I already knew and loved. Never mind its size; this compact island, we devotees know, is vast indeed. Many St. Martins are there for the taking.

First, however, I needed to feed my craving for the familiar. I’d grown used to staying on the Dutch side (which calls itself Sint Maarten and, like Curaçao, is an autonomous country within the Kingdom of the Netherlands), so for my first week I settled in at one of the many hotels in Simpson Bay, a bustling lagoon area near the international airport, short on charm but heavy on good times. By day, it’s a congested strip of shops, kitschy restaurants, and strip malls; by night, it’s party central: a neon-lit den of decadence fueled by obscenely cheap liquor. Whatever your preferred genre of bacchanal—American-style sports bar? Euro-friendly techno club? Live reggae party? Outré strip club?—you can indulge in it somewhere in Simpson Bay.

The next morning I zipped across to Sint Maarten’s capital to indulge in another local pastime: shopping. Philipsburg is a flawless blend of tourist-driven tackiness (hair braiding, anyone?) and living history; signs of the 18th-century city that once was are everywhere, from the narrow steegs, or alleys, to the white clapboard courthouse, built in 1793. The city essentially consists of two long, parallel streets—Front street and, yes, Back street—that are chockablock with duty-free goodies: electronics, shoes, beachwear, bottles of Grey Goose, and, at the quaint Guavaberry Emporium, the island’s own guavaberry liqueur. After sampling the tangy stuff and making my purchases (sundress, purse, camera) I feasted on saltfish with ackee at one of several Jamaican storefronts in the area, then washed it down with espresso and a croissant at a European coffee shop next door. That’s St. Martin for you: a microcosm of the Caribbean melting pot.

My next order of business (sunning and swimming) awaited just around the corner. Philipsburg’s Great Bay Beach is about as good as any “city beach” can get. To the west, at the end of a long peninsula, are the remains of Fort Amsterdam, built in 1631 shortly after the Dutch arrived to begin mining the island’s salt pans; today, a colony of brown pelicans has taken up residence nearby. On the east end of the bay is a cruise terminal, with huge passenger ships looking like beached whales, spitting their Jonahs out by the dozen. But never mind: the beach is so vast that its many chairs and umbrellas, hawked by local merchants and usually accompanied by a bucket of beer, don’t come close to blanketing the sand, and it easily accommodates the presence of a new all-inclusive resort and casino touting weekly theme parties and BBQs.

That night I dined at a rootsy Philipsburg favorite, the Freedom Fighters Ital Shack, known to locals as Bushman’s, after the Curaçao-born Rastafarian who owns it. It’s a slice of Jamaica, a no-frills haunt serving an organic vegetarian cuisine called Ital.

“Just in time,” the owner’s son told me as I walked in. “The drumming starts now.”

Perched on a stool beside a poster of Marcus Garvey in his trademark plumed hat, I ate my brown rice, soya stew, and boiled plantains to the reverberation of African drumming emerging from the small music studio next door. It was a world away from cruise ships and colonial architecture—which was just the point. 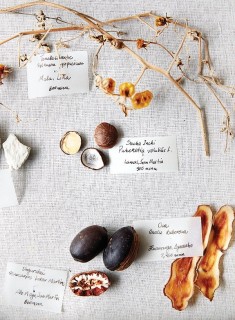 With its colorful markets and exciting restaurant scene, Lima shows Latin American gastronomy at its...