Well-heeled Germans have long appreciated the charms of Sylt, a secluded North Sea island of dune-fringed beaches and sophisticated pleasures. Isn’t it time you joined them?

Staring at the wind-whipped North Sea, I wonder if I should really go through with this—this being flinging my clothes aside and plunging naked into the chilly surf at Buhne 16. The sky is blue and bright overhead, but the temperature is somewhere south of 10°C with a brisk breeze blowing in from the water. Checking out the others roaming the sand this morning, it’s clear that if I do decide to disrobe, I’ll be the only one in my birthday suit on this clothing-optional beach.

Buhne 16, Germany’s oldest official nude beach, is the most celebrated of more than a dozen sandy strands that ring the tiny island of Sylt. Technically, all of the beaches on Sylt (pronounced “zoolt”) are clothing optional, but this one is the best known. “The feeling here is that if you want to go nude on the beach, then you go nude,” says native islander Sylke Marie Nielse. “We have a Scandinavian mentality here—be free.”

Come summertime, Buhne 16 will be flush with bare bottoms. But it’s currently spring, and the weather is more than a bit too brisk for anyone to skinny-dip today. That doesn’t mean the beach is dead, though, and there are plenty of people strolling up and down the wide, sandy shore and sipping riesling at Le Grand Plage, a trendy beachfront café where the see-and-be-seen crowd hangs out no matter the season. It’s like a German version of the Hamptons.

For nearly a century, Sylt’s particular blend of nature and rustic sophistication has attracted a variety of German celebrities including writer Thomas Mann, actress Marlene Dietrich, tennis legend Boris Becker, football star Günter Netzer, and supermodel Claudia Schiffer. This being modern, egalitarian Germany, the well-known must share the island with the hoi polloi, yet Hollywood-like gawking is a mutually respected faux pas, with an unspoken rule to chill out and not bother the rich and famous (and vice versa). “Everyone looks the same with their clothes off” is a local expression that encapsulates this attitude.

Part of the Frisian archipelago that hugs the North Sea shore from the northern Netherlands to southern Denmark, this vaguely T-shaped island lies three hours by train from Hamburg, with a narrow causeway connecting it to the mainland. Sylt remained a relatively obscure destination until the 1970s, when it morphed into a German Ibiza of sorts.

“It was famous for beach parties with lots of champagne and drugs,” says Vera Müller, a marketing executive with the local tourist board. And with its clothing-optional policy, nudity naturally fell into the recipe of the scene.

Since then, the hippies have given way to the shiki-miki—German slang for privileged poseurs. “These are the Botox people,” one islander told me. “They all drive Porsche Cayennes, and the moms all look the same—blonde, slim, and oh-so fashionable.”

I’m not sure if the locals like them any more than the flower children, but at least they’ve pumped money into the economy. House rentals on Sylt can top US$1,300 per day during the high season, and anyone choosing to buy property can expect to fork out more than US$40,000 per square meter—and that’s not even oceanfront. “I think this must be the most expensive real estate in all of Europe,” says local newspaper reporter Nils Jesumann. “But there is always a shortage. That’s why Sylt is so expensive.” 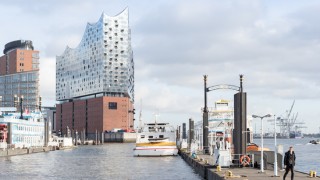 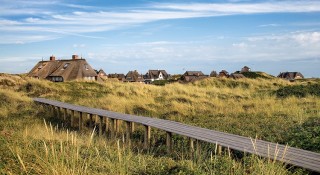 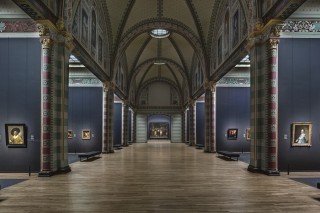 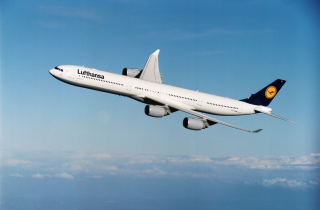