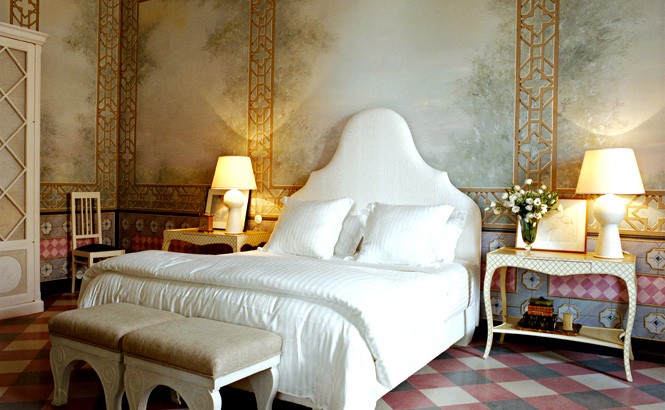 In Italy, two historic properties have opened their doors to paying guests. Overlooking the Tuscan countryside of Siena, Hotel Castello di Casole (Casole d’Elsa; 39-577/ 967-511; castellodicasole.com; doubles from US$827) occupies a medieval castle on a vast estate planted with grape vines and olive groves. Its 41 suites and 10 stone-walled villas offer a rustic mix of Italian fabrics, Bisazza tiles, and local antiques. Farther south in the Basilicata region, March saw the launch of the Palazzo Margherita (Corso Umberto 64, Bernalda; 39-835/549-060; palazzomargherita.com; doubles from US$936), a restoration of the 19th-century villa owned by director Francis Ford Coppola’s grandfather. With only seven suites, the Margherita is an elegant, sparsely decorated tome of hand-painted fresco walls, herringbone bejmat tiles, and geometric headboard inlays; each detail handpicked or created by French designer Jacques Grange.  –Angela Leenhouts