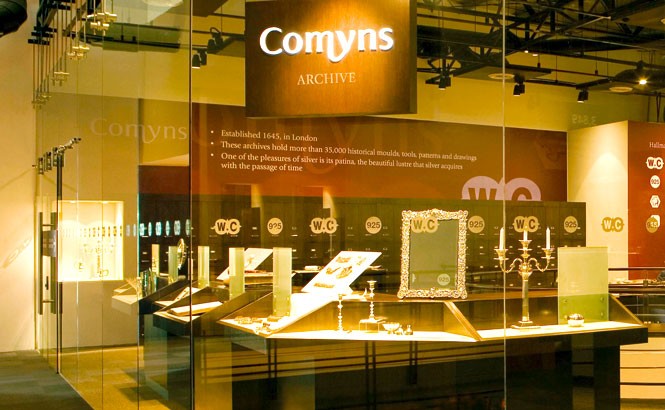 Above: The Comyns Archive’s window display.

Royal Selangor’s visitor center in Kuala Lumpur has taken on a new shine with the addition of the Comyns Archive (royalselangor.com; 60-3/4145-6000), which showcases the artistry of the venerable British silver maker that Royal Selangor acquired in 1993. A collection of thousands of historical patterns, molds, and drawings dating back to the 17th century—including an elaborate Rococo candelabra by the Georgian silversmith Paul de Lamerie—the archive is as much a museum-quality introduction to the history of sterling silver as it is a source of inspiration for the designers and artisans who work for the company today. –Tim Hayes