Food critics have remarked that we are now in the Golden Age of Food Entertainment. Indeed, with so many cooking shows around, shrewd television producers have upped the ante by taking the world’s most talented chefs out of the four walls of the kitchen and transporting them to inspiring and sublime locations.

We’ve listed seven food-focused travel shows hosted by chefs that are sure to encourage you to explore Michelin star-worthy spots or seek out the little-known food havens that are only accessible to food connoisseurs who can go the distance.

A veteran of cooking shows such as Cook’s Tour, No Reservations, and The Layover, Anthony Bourdain is truly in his element in this edgy travel show, which reached its zenith when it featured then President Barack Obama in Vietnam in 2016. Although Bourdain refers to himself as a “retired chef,” he’s still pretty much identified as one. In any case, he’s a superbly gifted writer and astute travel show host — dishing out cultural insights with a pinch of wicked humor and a generous helping of left-of-center quips. Bourdain has covered so much ground that the question we ask is, “Where hasn’t he been?” 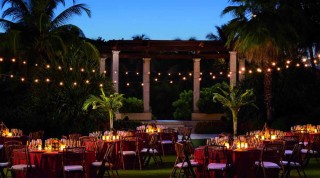