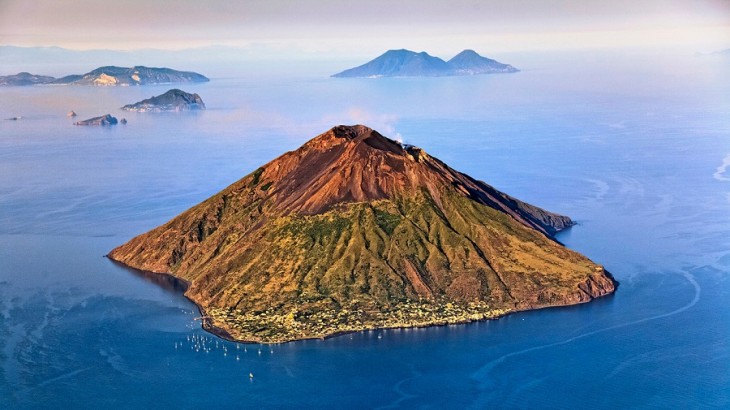 An aerial view of northeastern Stromboli, with the islands of Panarea, Salina, Lipari, Vulcano, and Filicudi in the background.

The Place
Stromboli Island, Italy. The Route Ferries and hydrofoils arrive here from Sicily (via Lipari) and Naples.

The Draw
Located in the Tyrrhenian Sea just north of Sicily, Stromboli is arguably the most captivating of the Aeolian Islands, with an active volcanic cone that looms cinematically above two small settlements of whitewashed houses.

Why Now?
From July 21 to 30, the fourth edition of contemporary art festival Volcano Extravaganza will treat the island to an eclectic lineup of film screenings, exhibitions, music, and performance art, all curated by British installation artist Haroon Mirza.

What Else?
Hiking up Stromboli for a close look at its smoldering, lava-spraying craters is one of the island’s major draws. It’s a steep, demanding climb (getting to the top takes about three hours), but you’re pretty much guaranteed a spectacular fireworks show, especially after dark. Magmatrek (magmatrek.it) runs afternoon and evening treks led by seasoned guides.

Where to Stay
A former seamen’s hostel turned six-room inn, La Locanda del Barbablù (39-090/986-118; doubles from US$150) in Stromboli village has it all: a charming host (Andrea Fabbricini, who doubles as the bartender); fabulously eccentric decor; an excellent restaurant; and a broad terrace with views over the sea and up the volcano. –David Tse

This article originally appeared in the June/July 2014 print issue of DestinAsian magazine (“Next Stop: Stromboli”). 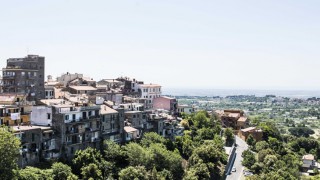 A Culinary Road Trip through Italy

Retracing the Via Appia is as appetizing as ever, as a road trip through the produce-rich countrysid...