It looks like something out of Jules Verne: a network of prehistoric caverns hidden beneath central Vietnam’s Annamite Mountains, known only to local farmers until a team of British cavers became the first outsiders to explore it in 2009. As geological discoveries go, Hang Son Doong was a whopper: stretching for nine kilometers and reaching 200 meters wide and 150 meters high in its largest chamber, it ranks as the world’s largest cave. Public access is limited (just getting there involves a day-and-a-half trek through remote jungle, followed by a rappel down an 80-meter-deep sink hole), but for those wishing to venture into this lost world, Bangkok-based outfitter Remote Lands has just launched a seven-night Explore Son Doong program that includes a team of guides, safety experts, and porters, as well as three nights’ camping in the cave itself. The trip will set you back US$4,800 per person for a group of eight people, but the experience should prove priceless; Son Doong’s highlights include gargantuan stalagmites, a subterranean lake, jungle-fringed skylights where the ceiling limestone has fallen away, and a recently discovered passage filled with 300-million-year-old fossils. –David Tse 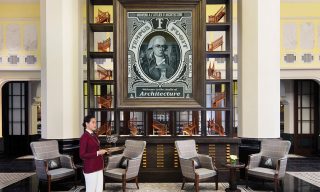