Above: The views from a clifftop trail on Lamma Island.

Beyond the bright lights of this big city, a host of fresh-air activities awaits

While Hong Kong is no Amsterdam when it comes to bike friendliness, there are a number of great cycling trails on the outskirts of the city, particularly in the New Territories area north of Kowloon. You can hire bikes in the district’s towns for about US$4 per hour (try those around Tai Po Market MTR station). Alternatively, tour operators such as Hansen’s Hikes (852/9552-0987; hansens-hikes.com) offer guided rides through some of northern Hong Kong’s most spectacular countryside. Don’t miss the “Giro Del Norte” tour, a 42-kilometer journey past waterfalls, wetlands, and ancient villages. If that sounds too sedate, hit the hills with the Hong Kong Mountain Bike Association (hkmba.org). Popular trips include a loop ride around South Lantau’s Chi Ma Wan Peninsula and the challenging Tai Mo Shan downhill run, described as “a fast trail with nasty drops and killer technical sections.”

With 40 percent of Hong Kong’s landmass designated as national parkland, it’s no surprise that there are plenty of great hikes to be found. Hiking Hong Kong (852/2546-1780; hikinghk.com) offers day and overnight walking trips, including highly recommended four-day excursions across Hong Kong Island, Lantau, and the New Territories. Walk Hong Kong (852/9187-8641; walkhongkong.com) runs a roster of shorter hikes covering many of the Special Administrative Region’s isles. On Hong Kong Island itself, the half-day Dragon’s Back trek down a rugged spinal ridge is among the most popular on offer. If you prefer to forge your own path, the Hong Kong Tourism Board (discoverhongkong.com) features downloadable hiking guides on its Web site.

Surrounded by the sea, Hong Kong is obsessed with boats, be they luxurious yachts or simple sampans. But one of the most exciting ways to ride the waves is on a sea kayak. Kayak-and-Hike (852/9300-5197; kayak-and-hike.com) operates trips around a largely unspoiled national park off the Sai Kung Peninsula in the New Territories. For seven hours, participants paddle into caves and through sea arches and end the day snorkeling over coral reefs. Alternatively, head to the island of Cheung Chau (around 35 minutes by ferry from Central) and hire a kayak from the Cheung Chau Windsurfing Centre (852/2981-2772; ccwindc.com.hk). The calm waters are great for beginners, and the center has a pleasant rooftop café where you can reflect on a hard day’s paddling.

It’s a little known fact that the Pearl River Delta is home to one of the world’s two species of pink dolphin. While they can sometimes be spied from an ordinary ferry ride, the best way to guarantee a sighting is to sign up for a trip with Hong Kong Dolphinwatch (852/2984-1414; hkdolphinwatch.com), a conservation group dedicated to protecting the cetaceans through educational excursions departing North Lantau. They claim to see dolphins on 97 percent of their boat trips—a humpback whale was also spotted recently—but if you don’t catch a glimpse, the group will take you out again, free of charge.

Since 1984, the Hong Kong government has devoted a sizable chunk of land to its winged inhabitants. The Mai Po Marshes (852/2471-3480; wwf.org.hk/eng/maipo) are part of a 1,500-hectare expanse designated as a “wetland of international importance” under the Ramsar Convention, an international treaty for the conservation of wetlands. Every year, Mai Po hosts over 100,000 migratory birds, including the black-winged stilt and the painted snipe, which stop to refuel before making the rest of their journey along the East Asia–Australasian Flyway. Just south is the Hong Kong Wetland Park (852/2708-8885; wetlandpark.com). Although much smaller than Mai Po, this preserve offers some fine insight to the region’s biodiversity thanks to world-class conservation and education facilities. 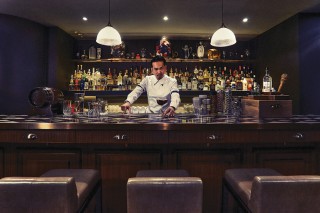 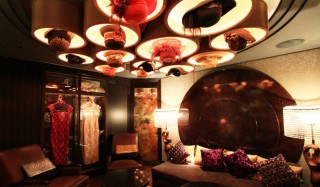 Follow our journey while we discover ten of Hong Kong’s top cocktail bars, which offer something f... 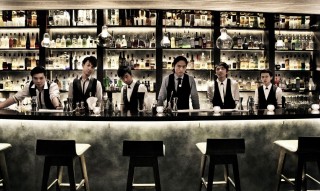 A list of five of the best from the Hong Kong cocktail scene. 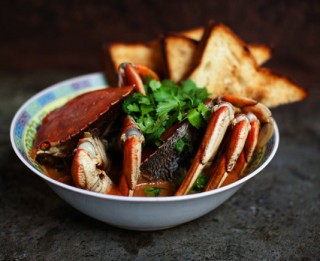 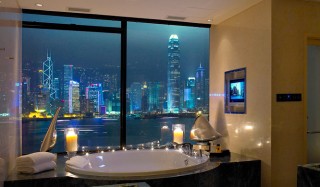 Our picks of the top five Hong Kong hotels in terms of jaw-dropping views and mind-boggling vistas.

Hong Kong's cocktail scene continues to heat up, even as the weather cools. Here are 4 new spots to ...