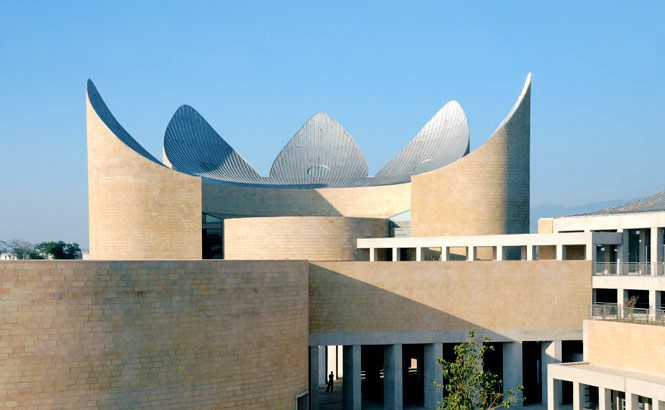 India’s Sikh community will be showcased as never before when a state-of-the-art museum opens in Punjab’s holy city of Anandpur Sahib this November. The Khalsa Heritage Museum (khalsaheritagecomplex.org) will become the first such institution in India dedicated to a single community, and promises an interactive, multisensory experience far removed from the yawn-inducing, exhibit-led approach of traditional museums. There will be historic artifacts, of course, but the emphasis will be on a layered approach to storytelling so that visitors from all walks of life can take something away. The narrative will follow Sikhism’s founders through a 500-year timeline, including the moment when, 300 years ago, Guru Gobind Singh established the Khalsa order of baptized Sikhs. The museum will have architects and designers excited as well. The building was conceptualized by Israeli architect Moshe Safdie, and its unusual lotus-like concrete structure—the largest museum to be built in India since independence—is set to complement the Modernist structures found 80 kilometers away in Chandigarh, India’s first fully planned city. –DANIEL McCROHAN