Which isn’t to say Art Basel is not about the art. When all is said and done, the four official days of the fair will have seen more than 260 carefully vetted galleries from 30 countries showing work by over 2,000 artists. And that’s just the main event, held at the Miami Beach Convention Center; this was orbited by as many as 16 so-called satellite fairs, held around the city. By most accounts, sales were stronger at the 2011 edition than they’d been since the Great Recession began. A ray of light. A glimmer of hope. A corner turned.

Miami itself has turned a corner, too. After booming big through the early aughties and then busting even bigger when the real estate crisis and credit crunch hit, Florida’s second-largest city has come back from the brink. And it has Art Basel and its cultural trickle-down effect to thank. Today, nearly every new hotel, restaurant, boutique, or bar that opens has to have art of one kind or another on the walls, not to mention a clientele that considers itself a part of the cultural cognoscenti. Call it the Basel Effect.

Nowhere is this more apparent than in the latest arrivals to Miami Beach, the 13-kilometer-long resort town across the bay from Miami proper. For the W South Beach, a gleaming hotel tower that appeared on the scene in 2009, developers David Edelstein and Aby Rosen assembled a dream team of artists and designers, icing the cake with highlights from Rosen’s personal collection of postwar and contemporary art (works by Jean-Michel Basquiat, Damien Hirst, and the like). Farther up Collins Avenue, Soho Beach House, the third American branch of the London-based boutique hotel and social club Soho House, has amassed 150-plus pieces of art, some of which even non-members can admire in the lobby and the alfresco Italian restaurant Cecconi’s.

“Art Basel really changed Miami from being about beach and nightlife to being a place of substance,” says Marco Selva, general manager of the newly opened St. Regis Bal Harbour, which itself spent US$2 million on original art for its 243 ocean-facing guest rooms and sleek public spaces. The hotel’s designers, George Yabu and Glenn Pushelberg, looked to the glamour of Miami’s mid-century heyday for inspiration, updating a certain Rat Pack aesthetic and commissioning work from a variety of artists, including Miami’s own Santiago Rubino, whose black-and-white triptych Eye of the Stars hangs in the bar. “It’s a little bit ‘More Is More,’” explains Yabu, quoting the late, great Miami Modern architect Morris Lapidus. “It says, ‘The recession is over. Let’s have fun.’ ” 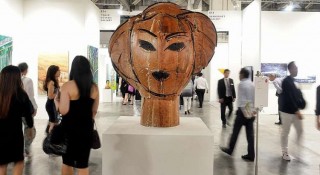 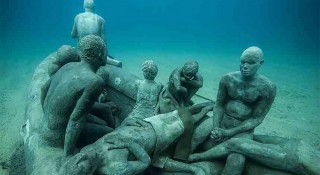 An Underwater Art Museum Opens in the Atlantic Ocean 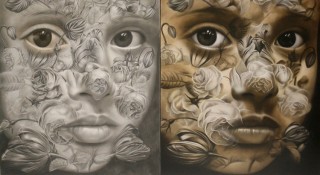 The First Singapore Contemporary to Open in January

The new exhibition is set to run from January 21 to 24 at the Suntec Singapore Convention & Exhibiti...