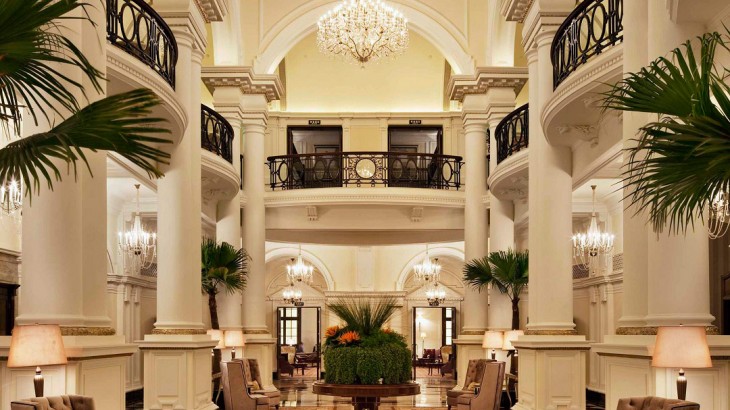 Above: The lobby of Shanghai’s Waldorf Astoria Club.

Occupying a 1911 neoclassical edifice on the Bund riverfront, the gentlemen-only Shanghai Club was the most exclusive venue in Shanghai during its pre-Communist heyday. Now, after decades of neglect, this bastion of “decorous civility” has reemerged as the Waldorf Astoria Club (86-21/6322-9988; waldorfastoria.com; suites from US$1,110), the heritage wing of Waldorf Astoria’s first Asian city hotel. Inside, the building’s towering columns, marble spiral staircase, and oak-paneled lounges have been faithfully restored, while its 20 suites boast canopy beds and classic European decor. The Shanghai Club’s legendary Long Bar, with its 24-meter marble bar and oyster counter, also makes a welcome comeback, serving stiff drinks from Waldorf Astoria’s own historic cocktail menu. –-Amy Fabris-Shi

Note: the Waldorf Astoria is a winner of the 2011 Luxe List.