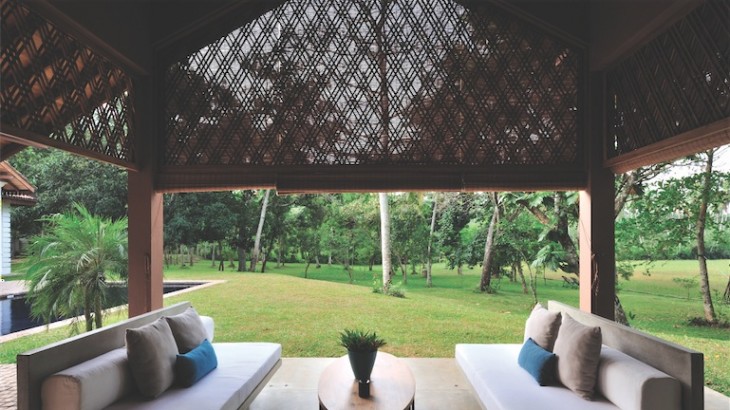 Situated on a serene estate four and a half hours by car from Colombo, Maya (Aranwella; 94-475/679-025; mayatangallesrilanka.com; doubles from US$170) is as pleasantly removed as it is ravishing. Built around an immaculately restored manor house dating from the turn of the last century, the villa features five suites with eight-meter-high ceilings, locally crafted furniture, polished cement floors, and an eclectic mix of antiques collected from across South and Southeast Asia. Expansive, bird-filled gardens and a large central pool give guests plenty of room to relax. For those wishing to explore the surrounding countryside, Maya’s staff can arrange bicycle excursions, temple visits, trips to historic Galle Fort, or a picnic on the golden sands of Tangalle Bay, eight kilometers to the southeast. –Chris Kirkpatrick