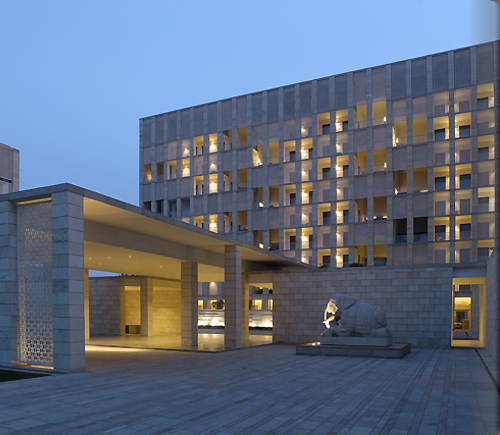 Above: Sandstone jali screens flank a corridor at the Aman New Delhi.

Following the October debut of its first city hotel (on the grounds of Beijing’s Summer Palace), Amanresorts is set to open a stunning sequel, The Aman, New Delhi (91-11/ 4363-3333; amanresorts.com; doubles from US$750). Located on the edge of India’s capital district, the property is designed as an urban resort, with 67 rooms and suites featuring cool sandstone floors, carved jali screens, daybeds, and plunge pools. Guests looking for a respite from Delhi’s clamor can take refuge in the Aman’s central courtyard, where diversions include a spa and tennis courts. For everyone else, guided city tours visit such nearby attractions as the ancient citadel of Purana Qila. –David Tse