A short boat ride from Kota Kinabalu transports you to another world, one of vibrant coral reefs and ancient rain forests teeming with wildlife. Welcome to Pulau Gaya, a small island in Malaysian Borneo that is sure to seduce anyone keen on creatures—and creature comforts

A wild boar bit me in Borneo, but I only have myself to blame.

I was having a picnic lunch on a beach at Gaya Island Resort when a babi hutan, drawn by the whiff of a tasty morsel, sauntered across the sand. It sniffed my left foot—cute, I thought, it wants to play—then moved to do the same with my right foot, except it clamped onto the big toe and started yanking.

“Haaa!” I yelped, and it let go. Mercifully, my toe was intact, save for a flap of loose skin. I hobbled into the water to clean the wound, by which time my porcine assailant had slunk back into the forest.

In hindsight, I should have listened to Scott Mayback, the resort’s resident marine biologist. An hour earlier he had urged me to shoo the boar away should she get too close, explaining that the animal, habituated to snuffling around this beach, had grown “a little frisky” after giving birth to a litter of piglets. “Clap your hands together and shout ‘haaa’ loudly,” he advised. I guess there’s a reason that wildlife is so named.

Wildlife is abundant on jungly Pulau Gaya, a 15-square-kilometer island near Kota Kinabalu, Sabah, that’s home to just three hotels (including the two-year-old Gaya Island Resort) and a tight cluster of stilted villages. In addition to the wild boar, indigenes include giant red flying squirrels and quick-fingered macaques, lesser woolly horseshoe bats and olive-winged bulbuls, stout monitor lizards and violet carpenter bees armed with mandibles that can bore tunnels through wood. But where the local fauna is most spectacular, most colorful, is in the sea. Save for its easternmost peninsula (where the villages are located), Pulau Gaya sits in the protected waters of the 50-square-kilometer Tunku Abdul Rahman Park—TARP, for short— which was established in 1974 around Gaya and the neighboring islets of Mamutik, Manukan, Sapi, and Sulug.

Gaya Island Resort takes its presence in the park seriously, employing both the 36-year-old Mayback (who oversaw the opening of a marine center last year) and a full-time naturalist. From the water, it looks like a seaside hamlet trying to attract as little attention as possible, with villas perched inconspicuously on concrete piles between dipterocarp trees. Overlooking the jade expanse of Malohom Bay, Gaya Island isn’t big: the main public area—reception, pool, restaurant—has accommodations behind it in a loose loop that you could circumambulate, at a reasonable clip, in 10 minutes. But it has all the trappings of a luxe beach idyll: villas with king-size beds wrapped in silky sheets, deep bathtubs designed for serious soaking, and a deck with a large daybed; a spa complex by the mangroves where treatments utilize heady ingredients such as cinnamon, coconut, and ylang-ylang; a 40-meter waterfront lap pool; and a pair of accomplished restaurants that includes the formal, dinner-only seafood joint Fisherman’s Cove, set on a deck that’s perfect for stargazing when conversation flags. Many of the rooms come with the added attraction of a view of the sun rising over Mount Kinabalu, Malaysia’s tallest peak. When seen from offshore at night, the property appears especially dreamy, its lights shimmering like candles on the hillside. 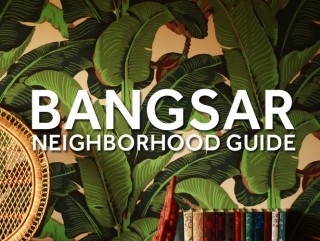 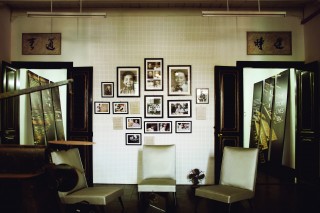 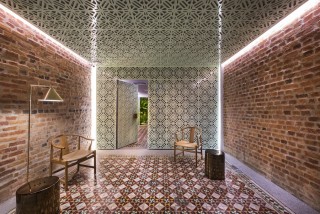 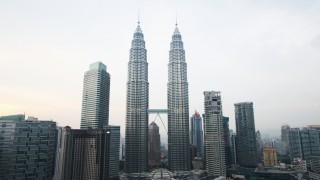 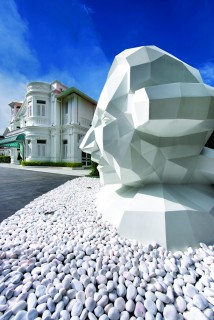 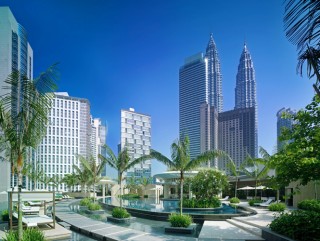