Fringed by a marshland in the cool green mountains of Shan State, Inle Lake is one of Myanmar’s top tourist draws. But beyond the visual allure of its stilted houses and iconic leg-rowing fishermen, the lake and its traditional custodians, the Intha, are beset by environmental and social concerns. What does the future hold for these troubled waters?

Our longtail boat glides along a channel flanked on one side by stilt houses, and on the other by floating tomato gardens. The thin wool sweater I brought from Yangon does little to keep out the morning chill as my guide and I huddle behind an umbrella in the back, chatting loudly over the din of the two-stroke engine. Our conversation trails off when we pass a much longer boat. Low on the water, it’s lined with two rows of young men, 20 a side, standing upright on one leg and gripping a pole that runs the length of the craft. Each has his other leg wrapped around an oar, which he paddles in time with the rest of the crew as they propel the boat toward the Phaung Daw Oo Pagoda, the holiest Buddhist site in Myanmar’s southern Shan State.

In the canal fronting the pagoda, similar boats from about two dozen of Inle Lake’s villages are lined up in parallel, barely a meter apart, their rowers standing to attention as a short ceremony opens Intha Day. The mood on the temple platform is festive. A large crowd sits attentively listening to speeches by community leaders, while many more people are busy making offerings to the pagoda’s five Buddha images or catching up with friends and relatives. Ko Aung Kyaw Thein, 23, smiles shyly when I ask him why the annual event, which is being held for just the third time, is important for the Intha, an ethnic minority of several hundred thousand people who live mostly on and around the lake. “We just came to have fun, but Intha Day is also a chance for our people to get together. I came with a group from Shwenyaung,” he says, referring to a town some 15 kilometers to the north, “but others have come from Taunggyi, Mandalay, even Yangon.”

We retreat from the throng across a perilous bamboo bridge to a two-story wooden restaurant, from where we can look out over the action on the platform. At a table beside us sits Sao Thar Oo, grandson of the last saopha (hereditary ruler) of nearby Kalaw and a member of a Shan political party. Though not himself an Intha, he says he came to show his support for the day because while “the Intha might only be a small group, they are one of our Shan peoples.” After a thoughtful pause, he adds, “Inle Lake is an icon of Myanmar, and so are the Intha. This is a chance to bring people together around an important common issue—saving Inle Lake.”

It’s a dramatic statement, and one that I hear regularly during my visit. But just what does Inle Lake, one of Myanmar’s most alluring travel destinations, need to be saved from? 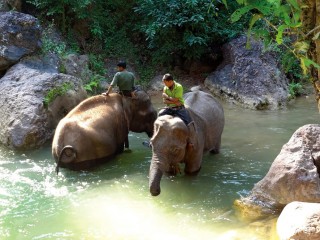 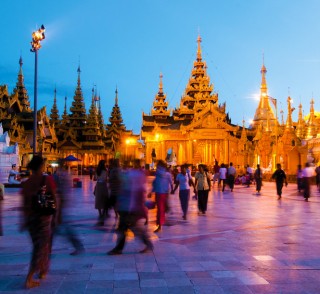 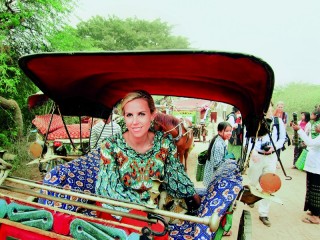 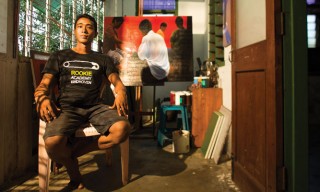 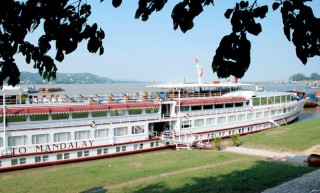