Zurich has long been regarded among Europe’s cleanest and most efficient metropolises, but only recently has its once-industrial Zurich West area begun to earn a share of the spotlight. Now sporting art venues, indie boutiques, and hipster hangouts, this could well be the Swiss city’s most happening ’hood

Straddling the Limmat River at the head of Lake Zurich, Switzerland’s largest city is quaint, to say the least. It’s hard to tell where its cobblestoned Old Town begins or ends, shops still close on Sundays, and the city center is just a 10-minute train ride from the international airport. Even Zurich’s most fashionable shopping street, the Bahnhofstrasse, still has an old-world charm, with the lake at one end and church spires and timbered buildings that stand cheek-by-jowl with luxury-brand boutiques.

A short tram ride to Zurich West, however, reveals a grittier, more working-class edge with boxy, practical buildings made from brick and steel. Established in the late 19th century at the heart of the city’s industrial quarter, tucked between the rail yards and the river, the area thrived until the 1970s, when its factories began to shut down amid a sagging economy. As industry moved out, artists and other creative types moved in. In the ’80s and ’90s, the area was known for its pop-up performances and parties. But from squatters and underground raves, Zurich West has since emerged as the most dynamic and forward-looking part of town.

“In 2000, I went to the first show here and it was four hours with no dialogue, only singing—and everyone was naked!” recalls Susanne Bosanis, my guide for the day, as we stand in the Schiffbau, a once-prosperous shipbuilding factory that today serves as an experimental branch of the Schauspielhaus theater. Dating back to 1805, the building was retooled by Vienna-based architects Ortner & Ortner, who retained its original brickwork and beams while fitting it with three stages (including a black box), rehearsal facilities, a jazz club, and a glassed-in restaurant called LaSalle. “When the Schiffbau opened, it gave this area some credibility,” Bosanis says.

Adding to the area’s artistic cred is the Kunsthalle Zürich, located in an unassuming brick building that used to be a Löwenbräu brewery. Under the direction of influential curator Beatrix Ruf, the contemporary art museum has hosted works from notable international artists including Michael Elmgreen, Ingar Dragset, and Trisha Donnelly.

On Pfingstweidstrasse street, Bosanis and I stop for a look at 25hours Zürich West, a new and reasonably priced (for Switzerland) hotel with funky, modern interiors by local designer Alfredo Häberli. From there, we walk a short distance down the street to a small yellow-awninged shop whose nondescript entrance belies the Alice-down-the-rabbit-hole experience awaiting inside. At first, Les Halles looks like a tiny takeaway joint, with savory pies and slices of pizza sitting under a heating lamp. But farther inside, through another door, is a small bodega-like shop sporting an absinthe fountain, which in turn leads to what looks like a kitschy dive bar from a TV show, quirky and cluttered though not seedy. The space is lined with cheeky vintage alcohol adverts on the walls and manages to sell both antique bicycles and dishes that highlight the best of its ingredients such as salmon with a hollandaise sauce served with fresh asparagus and chili potatoes and the bar’s specialty: mussels in a creamy yet light sauce.

Exiting out the back onto a loading dock, we continue along pavement embedded with disused train tracks while Bosanis talks about the changes she has seen in Zurich West. “Between the 1980s and 1990s, there were discussions about the area being converted into office buildings. At that time, the residents rejected the idea because they really wanted a mix-use area with open public space, which it is now,” she says. “Sure, the residents here are worried about rents going up and what will be built here in the future. But so far, it hasn’t been a problem.”

Despite all of the hip new places moving in, the area still exudes a workaday air; we pass clanking auto shops and mom-and-pop convenience stores, and then, as if on cue, a small train crawls past us. Bosanis tells me it’s coming from a nearby flour mill, a reminder of Zurich West’s manufacturing roots. 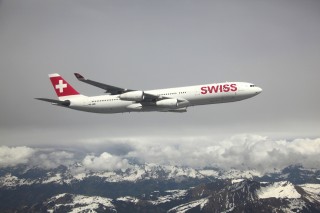 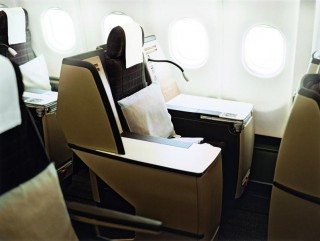 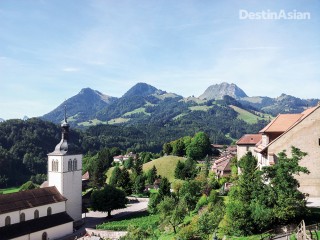 Taking the Slow Road through Switzerland

Efficient as Switzerland’s train system may be, visitors looking to plot their own course will now...

SWISS will launch a host of allergy-conscious initiatives including special foods and cabin products...